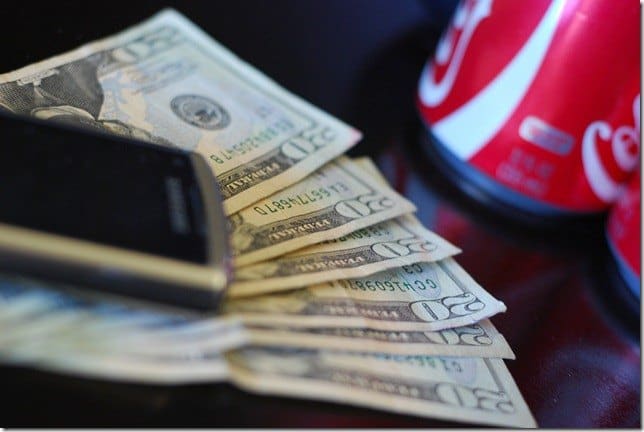 When it comes to international travel and using your mobile phone from back home, the rule is always quite simple.

Global roaming is crazy expensive. Maybe use it to send an SMS once or twice, but don’t make phone calls unless it’s a dire emergency. Whatever you do, don’t even think about turning on that data connection.

We’ve all heard stories about people who go overseas on holiday and use their smartphones as they normally would, only to return home to a bill of thousands of dollars.

Spokespeople for mobile phone companies have a few tried and tested lines they love to trot out to the bored journalists reporting on these sort of stories.

First, they blame the foreign networks for the size of the bill. Those rip-off overseas carriers have terribly high prices, apparently.

Second, they blame the customer. They obviously should have checked the fine print before they left home.

Third, it’s technology that is at fault. Those nasty iPhones and Android devices (that the same carrier happily sold the customer) are such data hogs. No wonder the bill is so high.

The spokesperson will finish off with a few platitudes about curbing your internet usage and seeking out Wi-fi, and the story is complete.

The real story for me is something entirely different.

Why are roaming data charges so damn high in the first place?

Most of those ‘expensive foreign networks’ provide relatively cheap data services to customers in their own country. Hell, in some cases it’s the same company in both places (I’m looking at you in particular, Vodafone), yet the roaming rates are still obscene.

If I bought and used a 2Gb prepaid data plan with Vodafone Australia for a month, it would cost me $20 USD.

If I bought and used a 2Gb prepaid data plan with Vodafone UK for a month, it would cost me $24 USD.

If I took my phone from Australia to the UK for a month and used 2Gb of roaming data with Vodafone, it would cost me over $20,000 USD.

That is completely and utterly ridiculous.

Somebody is definitely over-charging, but I’m sure not convinced it’s the foreign carrier.

This is price gouging, pure and simple. The cost to provide the service is a fraction of what is being charged, and without a good incentive to change there is no way the phone companies will willingly give up this cash cow.

Fortunately there is a slight glimmer of hope on the horizon, in the form of small, nimble competitors who have realised they don’t need to have margins of several hundred percent to make a profit.

When companies like Droam can offer 1Gb of roaming data across most of Europe for 65 euros per month – including a dedicated WiFi device and return postage – it is quickly apparently what the real costs look like.

Even some of the second-tier phone companies are getting in on the act – small New Zealand telco 2degrees wiped 90% off its roaming rates to Australia, US, and the UK last year, thumbing its nose at the larger providers in the process.

When large phone companies regularly claim that they don’t have the bargaining power to force lower rates from foreign networks and yet much smaller startups can negotiate far superior deals, I smell a very large, very dead rat.

The only reason that large phone companies charge $10, $20, $30 or more per megabyte for international data roaming is also the simplest one.

They do it because they can.

They do it because it is still seen (wrongly) as a niche requirement for business folk on corporate expense accounts, and those invoices will probably get paid without question. Sure, eyebrows might be raised when that $1000 cell phone charge comes in after the CEO’s week in Paris, but nobody is going to be contacting the media about it.

The sooner this antiquated mindset dies a timely death, the better off we’ll all be.

In the meantime, I’ll happily give my business to the little guys. I’m heading to Europe in May, and will need data access in several different countries for a few months.

Who do you think I’m going to call?  I’ll give you a clue.