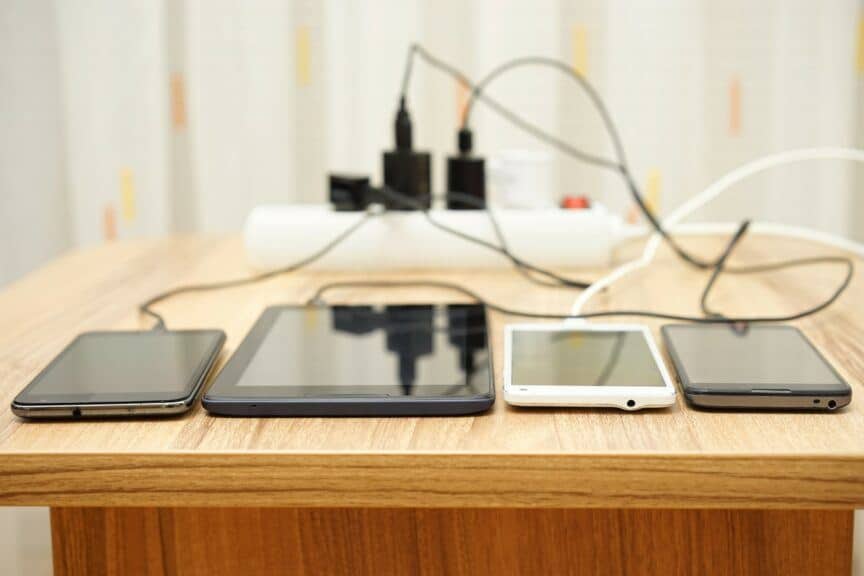 Traveling light is something that’s becoming harder to achieve lately.

Gone are the days when all you had to pack were a few essentials. Nowadays, many people include everything from mobile phones, laptops, and digital cameras to power banks, gimbals, and drones on their travel necessities list.

With that many devices, charging all of them during the trip can be challenging… unless you have a power strip.

While you can probably use one you’ve got lying around at home, it’ll likely be bulky and heavy, often lacking useful features like surge protection or USB sockets, and generally just not the best tool for the job.

Instead, take a look at our recommendations for the best travel power strips you can drop in your suitcase and take with you anywhere. They don’t cost a lot, take up far less of that precious space and weight allowance, and are built with the specific needs of travelers in mind.

The Anker 521 Power Strip takes our top spot mainly because it combines all of the features you need in a portable power strip, in a fairly compact and lightweight package.

This strip has three grounded (North American) AC outlets on the back, with a pair of 12W USB-A ports and a single 30W USB C PD port on the front. That’s a good mix for most travelers, providing plenty of flexibility without a lot of extra weight or space.

The sturdy five-foot cable is a useful length, long enough to reach outlets hidden away behind hotel furniture without being excessive. Speaking of furniture, the small, low-profile wall plug lets it fit behind dressers and TV stands more easily. It’s angled at 45 degrees to help avoid blocking adjoining outlets.

The USB C port is powerful enough to charge small laptops at full speed, or any tablet, smartphone, or other mobile device. The total output from all three USB ports combined is also 30W, however, split between the various ports depending on how many you’re using at once.

I tested the output from each USB port, separately and together, and it matched Anker’s specification sheet. The USB C port charged my laptop at up to 30W by itself, or 20W when I was also using one or both of the USB-A ports.

This meant that with all three ports in use, the USB-A ports shared 10W of power between them. That’s fine for charging lower power devices like fitness bands and headphones, but not enough for phones or (especially) tablets.

There’s a limited amount of surge protection built into this power strip, and while 300 joules is lower than most of the other models we recommend, it’s certainly better than nothing.

Anker is a well-known brand, and a major manufacturer of chargers, batteries, and other power equipment. As well as the company’s usual 18-month warranty, there’s also a limited lifetime warranty of up to $25,000 for damage to connected equipment.

If you can live without the surge protection, Anker also makes a cube-shaped version of this power strip that’s somewhat smaller and lighter. You still get the same number of ports and 30W USB C fast charging, and it’s often a little cheaper as well, so it’s worth considering if luggage space is at a premium.

The Foval Power Strip is a versatile and adaptable power strip that’s ideal for international travel.

Usefully, it comes with a set of three adapters that cover the outlets found in most major tourist destinations: much of Europe and Southeast Asia, North America, and the UK. While you can buy adapters like these separately, buying them in a bundle like this saves a bit of extra hassle and cost.

This power strip provides three AC outlets, four USB-A sockets, and a USB C port. Given that the majority of travel devices are charged via USB these days, that’s a sensible mix for many travelers.

The USB sockets have a combined output of 25W, with the USB-A sockets capable of reaching 12W each and the USB C port ramping up to 15W. You won’t be able to charge five devices at full speed, but two or three won’t be a problem.

We like the compact shape of the power strip, which makes it highly portable and easy to drop into a daypack or carry-on bag. It feels durable overall, with a sturdy fire-resistant shell, although this makes it a little heavier than typical power strips.

We’d have liked to see a degree of surge protection included, even if it was only for the AC sockets. There’s also no voltage conversion, a common issue with almost all power strips, and a problem if you plan to use US appliances rated at 110V in a country with a 220-240V supply.

If this is a deal-breaker for you, consider getting the BESTEK Universal Travel Adapter instead. It has a slightly different mix of sockets and is somewhat heavier, but provides that much-needed voltage conversion and is otherwise quite similar.

If you primarily use a power strip to charge mobile devices and don’t need extra AC outlets at all, the Anker 747 is the way to go.

This USB-only power strip has one USB-A slot and three high-speed USB C PD ports. With a total output of 150W you’re able to power even the largest laptops without having to carry the factory charger, and it delivers one of the fastest USB charging speeds you’ll find in a travel-sized power strip.

In short, this means you can fast-charge pretty much any USB device you’re traveling with, by itself or alongside others, from this single charger. We haven’t come across that from a travel-sized charger in the past, and it’s a game-changer when you’re short on luggage space or power outlets.

The Anker power strip is built like a rock, with a durable yet sleek exterior. It’s drop-resistant, scratch-resistant, and smudge-proof, with useful safety features like temperature control and voltage regulation.

Of course, the drawback of this power strip is the lack of AC outlets. If you need those, you’ll need to look elsewhere. For USB charging, however, the speed, extra power output, and reliability you get easily make this our top pick in this category.

The trade-off here is size and weight. While it’s much smaller and lighter than the mix of chargers it replaces, it can still be too heavy for the loose power sockets you often find around the world. Anker includes a handy silicone ring for keeping it firmly in place in a North American (Type B) socket, but that doesn’t help when you’re using a travel adapter overseas.

If you often travel internationally and find yourself in that situation, it might be worth investing in a short extension cable to take the weight off the outlet and stop the charger from falling out or losing connection. I traveled with one for years, and it helped a lot.

The Belkin SurgePlus Swivel Charger is a very compact travel power strip with good features and specs for its size.

With a compact form that fits in your pocket, this power strip is easy to pack. It plugs directly into the wall outlet, with a swiveling plug section let you orient it in any direction to help deal with space constraints.

As for safety features, it has a useful 918J of surge protection, slightly more than what most similar power strips offer. The outer shell is also durable and fire-resistant.

The Belkin strip has three AC outlets and two USB ports, pretty generous for its size. The drawback, however, is that the USB ports only have a combined power output of 10.5W. That’s not enough to fast-charge many phones, and makes for slow charging speeds with two devices plugged in at once.

To get around this limitation, just plug your usual phone charger into one of the AC outlets instead. Alternatively, you can opt for the Anker PowerPort Cube, which has an extra outlet and 18W combined USB output. While its longer 5-ft cable makes it bulkier to pack, that can also be a benefit when you need to plug into an outlet that’s behind furniture or halfway up a wall.

If you don’t need faster USB charging and want to keep your power strips as small as possible, however, the Belkin SurgePlus Swivel Charger is an excellent, flexible option.

Planning to go on a cruise ship soon? If you’re taking a bunch of devices with you, It’s important to note that most ships have strict policies on the kind of power strips you can bring onboard. Specifically, they must not have surge protection or an extension cord.

You’ll find a lot of cruise ship-approved power strips on the market that leave out those unapproved features, and the Cruiseon 3-Outlet Power Strip is the best of the bunch.

It’s compact enough to fit in your purse or backpack while still providing more than enough sockets: as well as the three three-prong North American outlets, there are two USB-A sockets with a combined 12W output. We’d like to see a little more space between the outlets, but unless your plugs are particularly bulky, they still shouldn’t block each other.

Without surge protection, of course, this power strip has little in the way of safety functions. There’s little you can do about that in a cruise ship setting, but using it anywhere else, especially somewhere with a dubious power grid, can carry a greater risk than other options on this list.

If you’re cruising only with mobile devices that can be charged via USB, you’ll be better off with the Anker PowerPort 4 PD (above.) If you have appliances that need to run from a wall outlet as well, though, this Cruiseon power strip is a must-have accessory.

Overall, you can’t go wrong with the Anker 521. It provides a useful mix of outlets, USB C Power Delivery support, and an impressive warranty, all in a small and lightweight package.

If you only need USB charging, however, it’s worth picking up Anker's super-fast 747 charger, while those considering international travel may be better off with the flexibility of the Foval Power Strip.

If you plan to hop on a cruise ship, though, grab the Cruise and Sea 3-Outlet Power Strip instead. 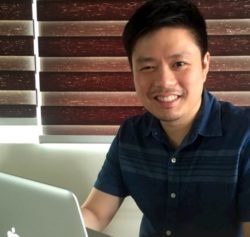 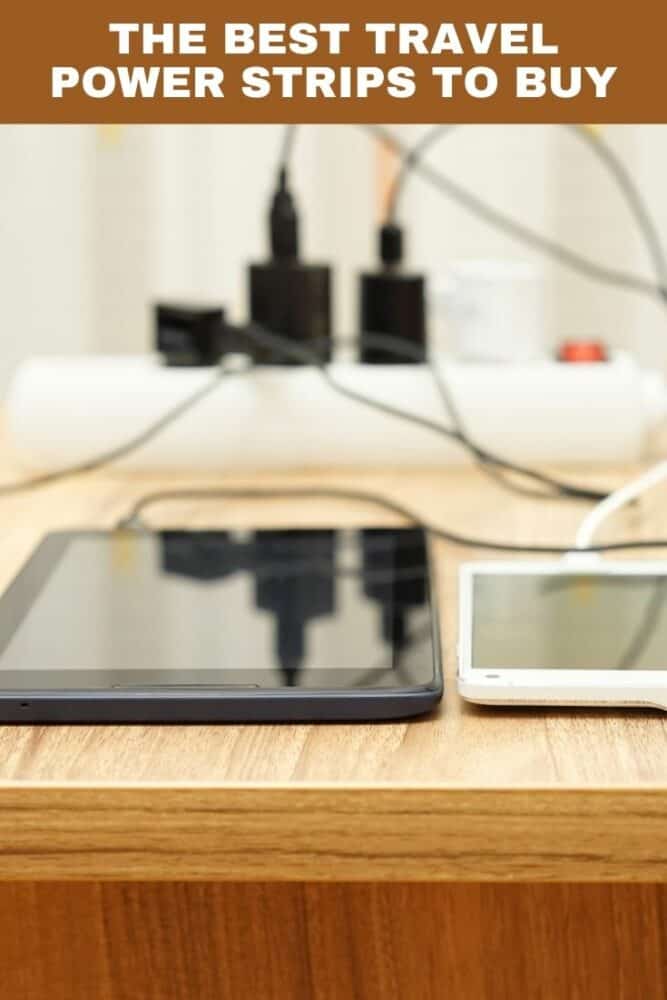