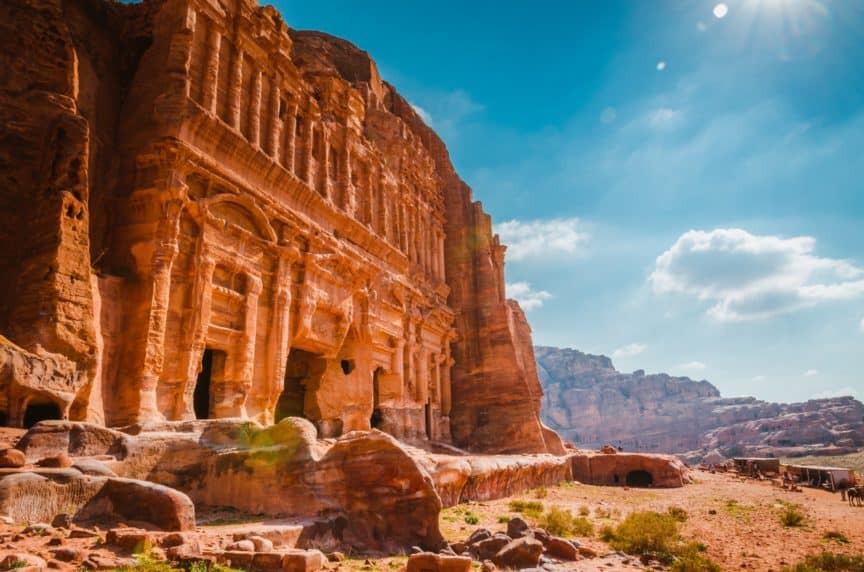 We talk a lot about the benefits of using a local SIM when traveling to a new country, and travels to Jordan are no different. Going local instead of roaming will likely save you a lot of money, even if you’re a moderate user.

Got travel insurance for your Jordan trip yet? A good policy can cover you for all kinds of sticky situations, from medical emergencies to canceled flights, theft, lost luggage, and more. We've been using World Nomads for over a decade.

There are three network providers in Jordan. The most popular option is Zain, as it has the best coverage, speeds, and prepaid packages.

Umniah also has reasonable coverage, while Orange has the smallest network of the three.

How to Buy a Prepaid SIM in Jordan

If you’re flying into Amman, it’s a pretty simple process to take care of your mobile needs right in the airport. On the main floor by the exits is a Zain shop.

There might not be a lot of English happening, but it’s not too tricky to sort it out (and a bystander will probably come to assist in the typical, friendly Jordanian way). This way, you can check your e-mail while making your way to the city.

If you don’t pick your SIM up at the airport, you’re best to go to a dedicated Zain store or a general cellular store. Buying in Amman will give you the best chance of having some English support, so take care of it there if you can. SIM cards are available in all of the standard sizes.

You may need to provide your passport, and you will require an unlocked phone. If your phone isn’t unlocked, you can get it done in many general mobile stores if you don’t mind losing your warranty.

Can't be bothered with the hassle of buying a local SIM in Jordan? OneSIM topped our international SIM card comparison.

It’s worth checking out the Zain prepaid plans in advance online in case the pamphlets aren’t available in English. There are several different packages available, which change regularly. You’ll need to buy the SIM separately in most cases, for 5 JOD (~$7 USD).

Still, if you do want a data-only SIM, monthly pricing is:

A tourist SIM (called “Visitors Line”) is also available. It’s relatively expensive at around 29 JOD (~$40), but includes 50GB of data, 50 international minutes, and more domestic calls and texts than you could ever hope to use. The SIM remains active for a maximum of three months.

Adding Zain credit can be done just about anywhere. Look for stores showing the Zain sign and add any amount you want either electronically at the till, or via scratch cards.

A confirmation text message will be sent to you letting you know the credit has been added.

The Zain network in Jordan is modern, with 4G/LTE widely available, and at least 3G/HSPA+ in built-up areas. You can expect decent service just about anywhere in the country, and I had no issues other than when camping and hiking in Wadi Rum. 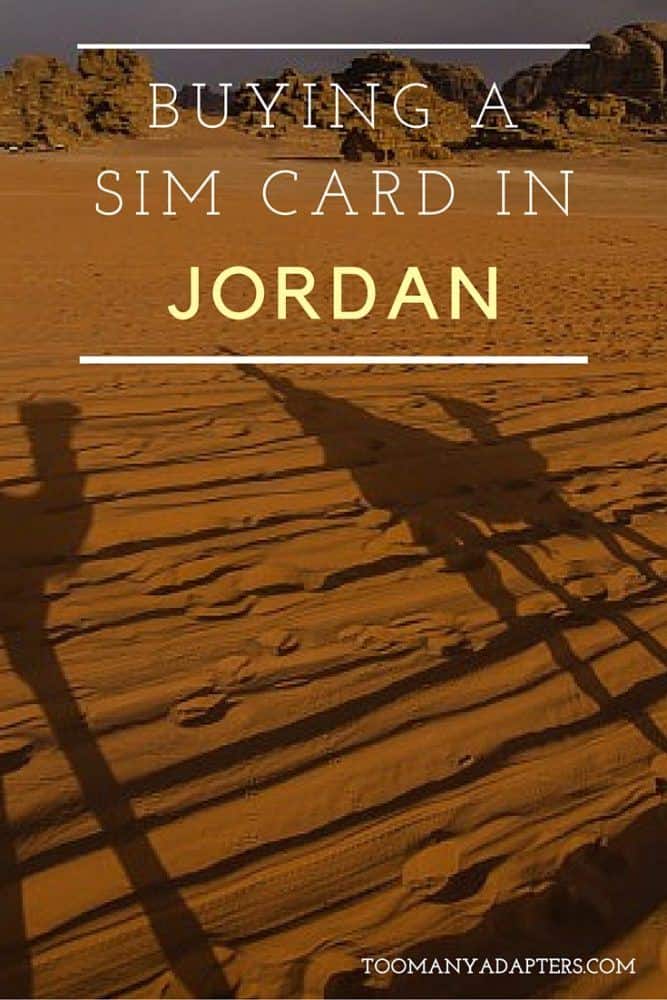