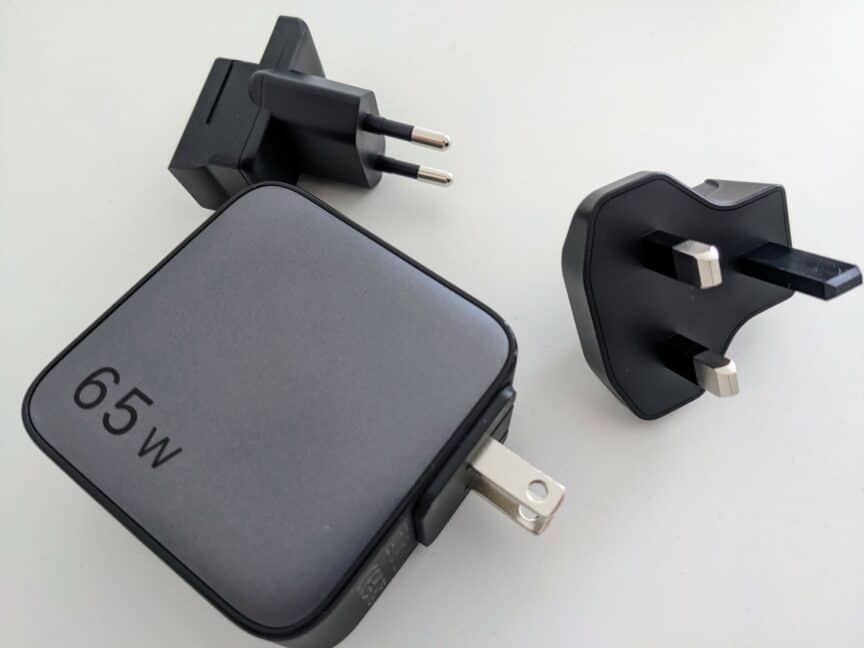 I get offered USB chargers of various shapes and sizes to review about once a week, and in general, I turn them down. In most cases there’s little to differentiate one from the other, and there’s only so much you can say about yet another near-identical version of the same thing.

When UGreen reached out about its latest model, though, I was more interested. It’s one of the few that comes with a set of interchangeable plugs, making it far more useful than most for international travelers, and it looked to be a size and shape that I wouldn’t object to dropping into a carry-on bag.

At 65W, the power output was enough to charge a laptop or anything else I was likely to be traveling with, at least by itself, and in theory, alongside a phone, camera, or headphones as well.

Anything that can reduce the number of chargers and adapters I need to take on a trip is always very welcome, especially if it’s noticeably smaller and lighter than the gear it replaces. On that basis, I agreed to take a look.

The charger is a compact cube that fits easily into a back pocket, measuring 2.6 x 2.6 x 1.3 inches and weighing just under seven ounces. It feels solid in the hand, and as with most gallium-nitrate (GaN) chargers, weighs perhaps a bit more than you’d expect for the size of the device.

The wall side of the charger holds a recessed section with a pair of prongs, into which you slide your chosen plug adapter. You’ve got a choice of three in the box: type A (North America/Japan two-prong), type C (European/Asian round two prong) and type G (UK/Hong Kong three prong).

That’s enough to cover the majority of countries that travelers head to, although frustratingly, the flip-up prongs on the type A plug don’t swivel, so you can’t use it in Australia or New Zealand without an adapter. To change plugs, you just press the button on the top and slide the current one out.

The prongs on the type A plug flip up into small insets, so they sit flush with the rest of the charger and won’t get caught up in your bag. The prongs on the other two plugs are fixed in place, however.

On the opposite side of the charger sits three USB ports: 2x USB C, and 1x USB-A. With most mobile devices moving to USB C power, that’s a sensible mix these days.

In terms of output, maximum power depends on how many ports you’re using at once, which ports they are, and what you have plugged into them. I’ve summarized the high-level breakdown below.

The power output you actually get depends on your choice of devices and how full their battery is at the time, but in theory at least, you should be able to charge a laptop at up to 65W by itself, or 45W if you’ve got something else plugged in at the same time.

Even that lower number is enough to charge most travel-sized laptops at full speed or close to it. Check your current charger if you’re not sure: chances are it’ll be somewhere between 45 and 65W unless it’s particularly large or powerful.

Note that this charger supports USB C Power Delivery (PD) Programmable Power Supply (PPS), an absolute jumble of acronyms that basically means it can fast-charge Samsung phones and tablets as well as pretty much any other recent mobile device.

You get a soft case in the box that’s large enough to hold the charger and all three plugs, as well as a couple of basic instruction and compliance manuals.

In my testing, charging speeds and power output were in line with UGreen’s estimates. Running my laptop flat and then charging it back to full, I measured a consistent 50W output when it was the only thing plugged into the charger.

That’s exactly the same as the factory charger, and unsurprisingly, it charged at exactly the same speed. Starting at 5%, the laptop battery hit 45% in half an hour, and 80% after an hour. That’s about the point at which the power output dropped to protect the battery, as usual with smart chargers.

Plugging a phone into the second USB C port dropped the laptop output to 35W, and that didn’t change when I also connected a set of headphones to the USB-A port. Bear in mind that any device will only ask for as much power as it needs, so there’s no reason to doubt those 45W/65W maximums up top.

One small but useful thing I noticed with this charger is that it renegotiated its power output every time a device was unplugged from one of the ports. Many chargers don’t, which means that if you charge multiple devices and then unplug one or more, the remaining device(s) won’t return to a higher charging rate unless you disconnect and reconnect them as well.

That doesn’t sound like a big deal, until the second or third time you wonder why your laptop still isn’t fully charged two hours after taking your phone off the charger.

Heat buildup can be a problem with small, higher-power chargers like these, and even though GaN versions run cooler than others, I was interested to see how hot it would get under load. The answer is “a bit”: after an hour of charging, it measured around 103F (39C): nowhere near enough to be a concern, but still fairly warm to the touch.

I kept using the charger for a few days after my initial round of testing, plugged into at least a laptop, and sometimes other devices as well. It kept working without a hitch, and the temperature was never more than 90F whenever I checked it.

Finally, as with any charger aimed at international travelers, it was time to check how well it fit into wall outlets. So many fail on this point, sitting so loosely that they simply fall out of the wall under their own weight.

Obviously this depends as much on the quality of the wall outlet as whatever you’re plugging into it, but UGreen has done the best it can here. In turn I connected each of the three plugs to the charger, plugged them into a small universal adapter, and with some trepidation, connected the whole thing to a power strip mounted upside down under my desk.

That seemed like a recipe for nothing more than a loud crashing sound as the charger hit the floor, but surprisingly, there wasn’t one. I left it connected like this for an entire afternoon at one stage, and it stayed firmly in place the entire time.

All in all, I was more impressed by this charger than I expected to be. The swappable plugs are a real bonus for travelers, especially because they fit snugly into wall outlets. Having a charger that doesn’t immediately fall out onto the floor shouldn’t feel like a win, but based on past experience, it does.

In terms of power output, the charger does exactly what it says in the marketing material. It charged all my devices without a hitch, from a laptop at the high end to a set of wireless earbuds at the low end, and didn’t get excessively warm while doing so.

My only complaint is a minor one: the prongs on the type A plug ideally need to swivel 45 degrees so you can use it in Australia and New Zealand as well. You’d potentially lose the ability to flip the prongs up out of the way, but at least if you plan to go to those countries, that’s a price likely worth paying.

In every other way, however, UGreen nailed it. If you’re looking for a travel charger that works well, can charge almost any mobile device you’re likely to have with you, and lets you leave an array of other chargers and adapters at home, you could do an awful lot worse than this. 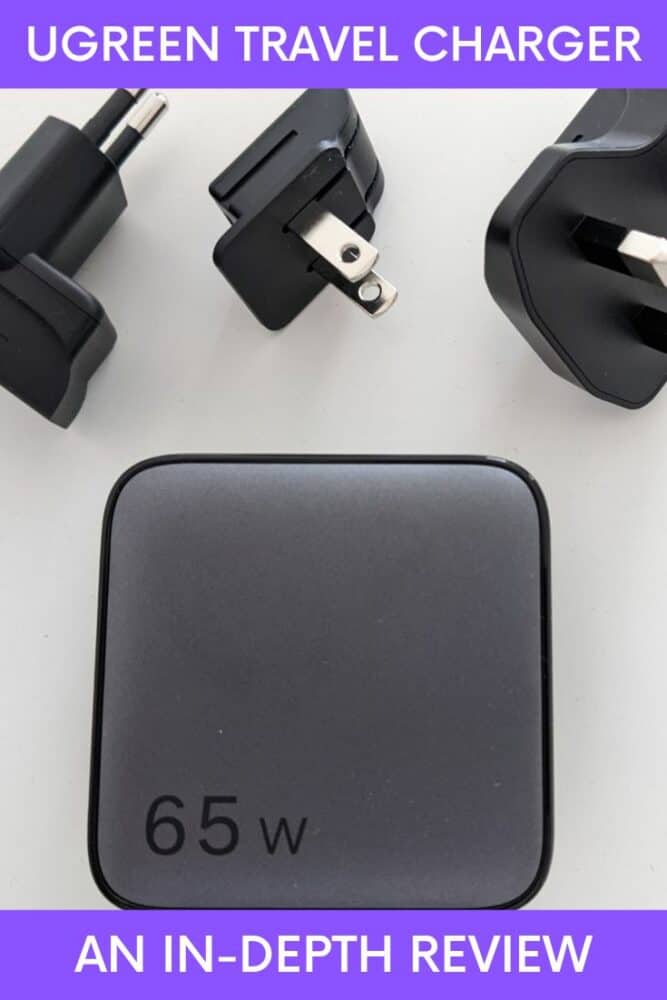