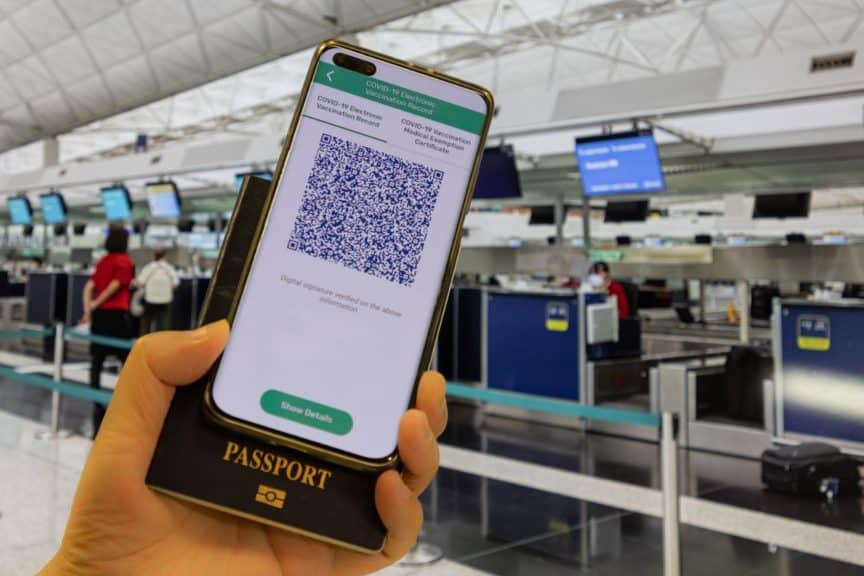 After over two years of pandemic-related border closures and travel restrictions, many countries are now reopening for tourism. The need for negative RT-PCR tests, quarantines, extraneous insurance, and complex pre-arrival forms and processes is gradually being eliminated, allowing greater freedom of movement.

As long as you’re fully vaccinated, and have a certificate that proves it, much of the world is open to you once again. If you received all of your vaccinations in the same country or region, proving it usually isn’t all that difficult. If, like me, you didn’t… well, that’s a different story.

Today I’m talking about two issues: how you can confirm your vaccination status using a technology called verifiable health records, and how to manage your international vaccination certificates, specifically how you can merge or convert them if you received jabs in multiple countries.

Note: I’m describing my specific experience going through this process, so your mileage may vary depending on your state or nationality and where you got your vaccinations. My goal is to give a sense of the kinds of troubleshooting steps that may be needed, even if the precise details vary for your situation.

The smoothest way to prove your vaccine status overseas is through the use of verifiable health certificates. These digital or paper certificates have a machine-readable code that can be used to verify your vaccination status using public key cryptography, which is also used in technologies like HTTPS, encrypted chats, and cryptocurrencies.

In iOS, adding your vaccine certificate is as simple as scanning your QR code. How you generate that QR code, however, varies widely from country-to-country, state-to-state, and even provider-to-provider.

Some require you to login to a special app or website, for instance, while others give you a paper QR code to scan into your mobile app at time of vaccination. When I was vaccinated in India, I had to log into the CoWIN website to obtain my QR code, while in Thailand, I was given a paper record on the spot.

Unfortunately, Google Wallet’s system isn’t nearly as robust. It is only available in a few countries and often on a provider-by-provider basis: if you use Android, your options will depend on your nationality.

Americans and others who use Smart Health cards can use the CommonHealth app to add their certificates to Google or Samsung Wallets. Individuals of other nationalities will most likely need to install their local app, and those in the European Union can also use GreenPass EU.

Finally, there are the standards that neither wallet currently supports. The primary two here are DIVOC (yes, that’s COVID spelled backwards), which is used in India and a few other countries, and ICAO VDS, which is used in Australia.

On top of this alphabet soup of standards is the WHO DDCC, which the WHO describes as providing “an ‘umbrella’ specification that can be used to generate multiple representations of a test result certificate or vaccination certificate.”

Eventually, the idea here is that WHO DDCC documents should be used to generate test results in the various other formats. However, as we all know, there’s a decent chance that won’t work out as intended.

If all of this sounds like too much of a hassle, you can also simply show a photo of your QR code from your image gallery or present your paper certificate, but where’s the fun in that?

When it all works as intended, verifying your vaccine status is as simple as displaying the QR code on your phone for it to be scanned by immigration officials, restaurateurs, or event staff.

If your vaccination situation is more unusual, however, things may not be so simple. I discovered this first-hand recently, ending up in a sort of Catch-22 situation with respect to my COVID-19 certificates after getting a booster dose in Thailand.

Since I’d received my primary two doses in India, getting the booster in another country meant that my new vaccine record stated this was my first COVID-19 vaccine rather than my third. Below I describe the process I went through to resolve this: it’s specific to my situation, but it should provide some insights into how to troubleshoot this issue for yourself.

The EU Commission has ruled primary doses to be valid for only nine months, while a booster dose has no set period on its validity at time of writing. Asking the hospital in Thailand about this led nowhere, as staff suggested simply showing both certificates whenever I had to demonstrate my vaccine status.

Rather than dealing with the headache of trying to explain my situation at immigration checkpoints in the future, though, I really wanted to consolidate everything in one place.

Running around the sweltering facility that provided my booster trying to find someone who could help ultimately proved fruitless. I left the hospital discouraged, but on the way back, realized that there might be another way to accomplish my goal.

After some online sleuthing, I uncovered reports that both France and Germany issue foreigners with new EU DCC certificates even when they’ve been vaccinated abroad. In Germany, this is only possible when visiting a local pharmacy, but in France some people were suggesting that it was possible to do it online.

In theory, foreigners were able to upload their vaccine history to the Demarches Simplifiees website, under the Passe Sanitaire Etrangers (Foreign Health Pass) page. By the time I had found out about this, however, the French government seemed to have limited this functionality to foreign students only.

My next attempt to resolve this was to go through my own country, the United States, to get a SMART Health Card. I started the process by reading up on the CDC’s guidance, which simply states:

People can update their records with vaccines they received while outside of the United States by: Contacting the immunization information system (IIS) in their state [or] [c]ontacting their healthcare provider or local or state immunization program through their state’s health department.

My home state is Massachusetts, so I reached out to the Massachusetts Immunization Information System, or MIIS, via the contact information provided on the CDC website. I also got in touch with the Massachusetts MyVaxRecords team that maintains the state’s vaccination record portal, and filled out their online form for correcting errors and omissions in one’s state records.

Finally, I contacted the bodies that manage these programs: the Massachusetts Department of Public Health (MDPH), and the Executive Office of Health and Human Services (EOHHS). In fact, the only thing I didn’t try was reaching out to my local elected official!

Unfortunately, my correction form was rejected and both the MIIS and MyVaxRecord teams informed me that they weren’t able to interpret international vaccination records. The MDPH and EOHHS referred me back to the MyVaxRecord team, so my only option was to go through a local healthcare provider.

However, as may be the case with many fellow readers of this site, I’m living abroad, and have been for quite a few years now. As a result, I don’t have a primary healthcare provider in my home state.

Reaching out to my pediatric and university healthcare providers also proved fruitless. It had been too long since I was last a patient for my pediatrician, and my university lacked the ability to add records to the MyVaxRecord portal.

I was about ready to give up at this point, until I remembered the second option for updating records listed by the CDC. The State & Territorial Health Department Websites page led me to an MDPH page listing partner providers, and reaching out to a few of them proved to be the ticket to getting my records updated.

Most ignored my email or said they couldn’t help me, but one had previously provided me with medical services long ago, and had access to my health records. They requested digital copies of my vaccination records from abroad, and after sending those over, were able to quickly update my details.

The final step was to access my vaccination records in the portal. The first challenge here was that MyVaxRecords uses Amazon CloudFront to block international access to the portal. I’m sure you can think of a few ways around that issue.

Even after overcoming the block, I initially still couldn’t access my records. It turned out that my state health records had outdated contact information associated with them, so inputting my old details was the way to go.

After that, it was simply a matter of scanning the code with my iPhone’s built-in QR code reader. Doing so loaded up a prompt to add the vaccine records to my Apple Health and Wallet apps simultaneously. Alternatively, I could have saved the code to my gallery and long pressed it to activate the same prompt.

After accepting the prompt, I checked both apps and — surprise, surprise — the bureaucratic nightmare was finally over, and my goal of merging my vaccine records and adding those records as verified health certificates into my phone was a complete success.

Almost three years into a global pandemic that has racked up nearly 600 million infected and seven million dead worldwide, you’d think an issue as basic as this would have been ironed out long ago.

Unfortunately, for those who live on the move and without a permanent home base, something as simple as obtaining a digital verifiable health certificate containing all of one’s COVID-19 vaccine history can be quite the headache.

Hopefully, hearing about my experience jumping through bureaucratic hurdles helps you to overcome them as well… or perhaps just convinces you to save yourself the headache and get vaccinated in a single country instead!

Main image via James Jiao/Shutterstock.com, other images via author unless specified 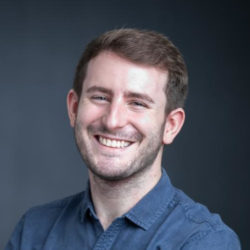 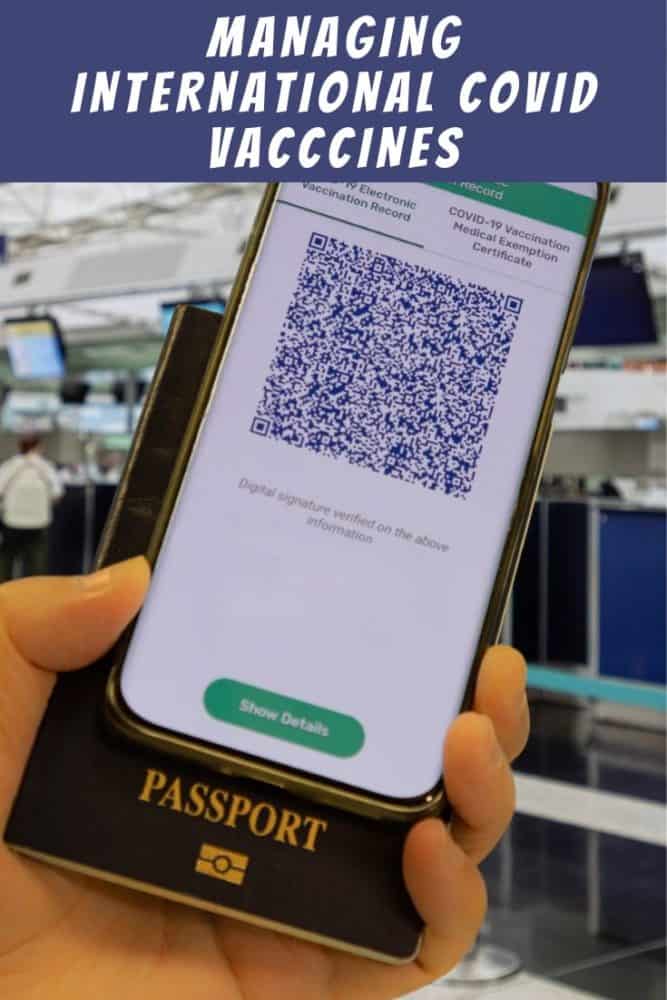