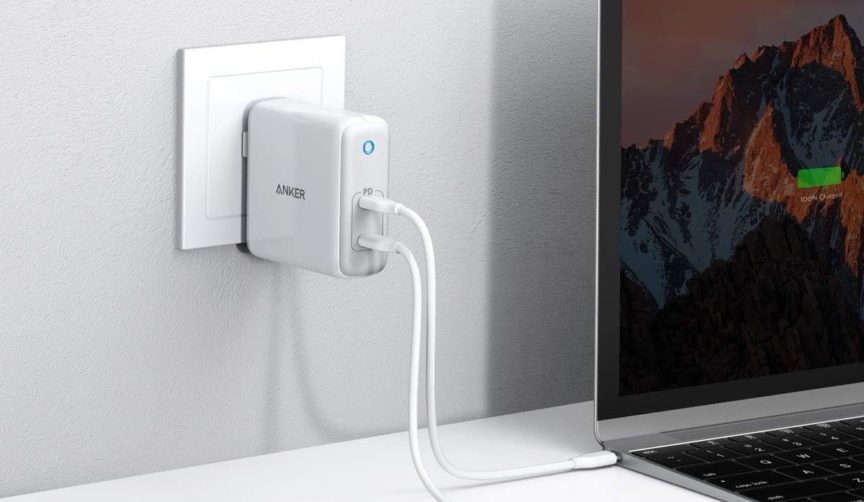 Small multi-port USB-C wall chargers have been around for a while, but most are only designed to power mobile devices. If you’re after something lightweight that can power your laptop as well, your options have traditionally been very limited. Anker’s looking to change that.

The company has recently started using gallium nitrate (GaN) in some of its chargers, a silicon replacement that can deliver the same amount of power in a smaller, lighter package. First up was the Atom PD1, a little single-port USB-C charger for phones, tablets, and small laptops.

Last month saw the release of the Atom PD2, which roughly doubles the power output, number of ports, size, and price. Does it make sense for travelers? I put one through its paces to find out.

The Anker Atom PD2 is a sleek little gadget. The white charger looks quite similar to a Macbook power brick at first glance, but is around 15% smaller overall.

The front holds a pair of USB-C sockets, marked with a “PD” to let you know they support the Power Delivery standard. A blue circle above them lights up when one or both of the ports are in use.

The sides have no markings beyond a small Anker logo, while the back contains a two-prong North American plug that can lie flush when not in use. We’ve seen additional plug options available on other Anker chargers, but they don’t seem to have made it to the PD2 as yet.

Looks are one thing, but with multi-purpose chargers like these, it’s the specifications that really matter. The Atom PD2 promises a maximum output of 60W, which is enough to charge almost any travel-sized laptop at close to full speed.

That 60W maximum is shared equally when both ports are in use, however, so with two devices connected, you’ll get no more than 30W out of either one. This doesn’t matter at all when powering two mobile devices, but will affect the charging speed of many laptops.

I decided to test the performance of the Atom PD2 in two different ways.

Objectively, I measured its power output and charging speed compared to the factory charger on two different laptops, both by themselves and with a smartphone charging at the same time. In each case, I drained the laptop to 50% capacity, then connected the charger and measured the amount of power coming from it.

The first laptop I tested was a 2017 Apple Macbook Pro. The factory charger for this machine is also 60W, so in theory the PD2 should be able to charge it at roughly the same rate.

As you can see, both the Apple factory charger and the Atom PD 2 were able to provide as much power as the Macbook required (in this case, 47W). Plugging a phone into the PD2 at the same time significantly dropped the laptop’s charging rate, as expected.

The second laptop I tested was a Lenovo Yoga 920. Running Windows 10, the machine is a year old, and the one I use both while traveling and at home. The factory charger is rated at 65W, so I expected the 60W PD2 to charge the laptop at least a little more slowly.

As an extra test, I closed all the apps, set the power settings to never go to sleep or dim the screen, and charged the battery back to 100%. A small utility logged the charge level every minute while that was happening, to see exactly how long it took.

As the numbers show, there was indeed a difference in the amount of power flowing from the PD2 versus the Yoga 920 factory charger. When the laptop was the only thing being charged, that difference was small enough that you wouldn’t notice it day to day.

As with the Macbook, however, when both laptop and phone were charging simultaneously, it was a different story.

Subjectively, I also wanted to know what the Atom PD2 felt like to use over a longer period. I used it as my phone and laptop charger on a three-month trip to see whether charging speeds, reliability, or anything else felt different in daily use.

Having a single charger for both laptop and phone was refreshing, especially since I could use either USB-C cable for either device. While the Yoga 920 charger isn’t especially heavy or bulky, the Atom PD2 is significantly smaller and lighter, and I barely felt the weight in my bag.

The charger was reliable throughout the entire trip, working as expected in every country, even when connected all day. I’ve used more than one small third-party laptop charger that regularly cut out and overheated under heavy load, but the PD2 was rock solid throughout.

On the downside, a small charger like this makes sense for international travelers, but having to carry around a separate travel adapter negated some of the size and weight benefits.

Many standard multi-USB chargers (like this one) have replaceable plug sections to let you use them in other countries, and I’d like to see a future version of the Atom charger do the same.

As an aside, I bought this 6-foot USB-C cable and took on the trip, and I’m glad I did. Losing the factory charger’s extra length would have often left me too far from the nearest wall socket if I’d gone for a shorter version.

Overall, the Anker Atom PD2 is an impressive option for travelers, at least those with a laptop powered over USB-C. Being able to charge any two of your travel devices from a sleek, well-designed gadget that’s likely smaller and lighter than your laptop charger by itself is pretty appealing.

The 60W max output of the PD2 is in line with the vast majority of travel-sized laptops, and you’ll notice little to no difference in charging speeds when that’s the only thing connected. Plug in a phone or tablet at the same time, however, and you’ll be waiting longer to hit 100%. How much that matters really depends on the situation.

If you’re plugging your gear in to charge overnight, for instance, it makes absolutely no difference. If you’re trying to juice everything up in that tight two-hour layover between long haul flights, though? Well, it’s a different story.

For me, at least, the extra charging time is a sacrifice I’m willing to make to free up a non-trivial amount of weight and space in my bag. Most of my travels these days are with just a carry-on backpack, and my shoulders and bank balance appreciate every pound I can shave off its weight.

Well-made, and coupled with the standard 18-month Anker warranty, the Atom PD2 now has a permanent space in my daypack. Recommended. 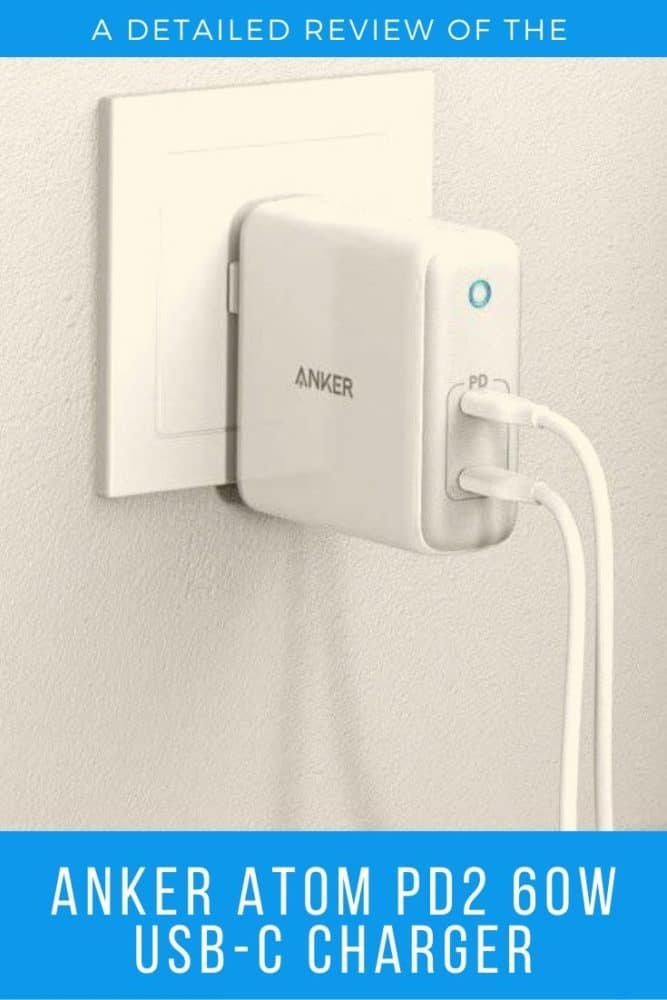