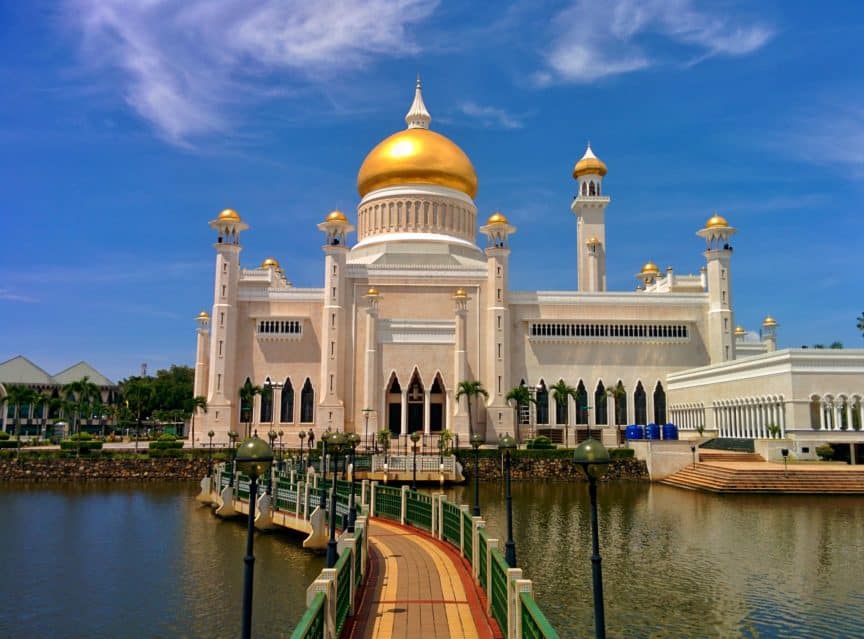 Brunei is a bit of an enigma. It’s a tiny enclave on the tropical Southeast Asian island of Borneo, yet is fabulously wealthy due to vast oil and gas reserves.

Ruled by one of the last remaining absolute monarchs, it’s a strict Islamic nation with sharia law and no alcohol or nightclubs for its citizens. Regardless, foreign workers flood in due to no income tax and a low cost of living.

Most travelers only come through for a night or two, basing themselves in the capital of Bandar Seri Bagawan, and perhaps taking a day trip out to the Ulu Temburong rainforest if they’ve got the time.

No matter how long you’re there for, though, you’ll find that staying connected is a simple, inexpensive affair. Just don’t expect much from your data speeds!

Got travel insurance for your Brunei trip yet? A good policy can cover you for all kinds of sticky situations, from medical emergencies to canceled flights, theft, lost luggage, and more. We've been using World Nomads for over a decade.

There are only two cell service providers in Brunei: DST and Progresif. DST has better coverage and an LTE network, while Progresif only offers 3G/HSPA+ service.

At the time, Progressif’s pricing was better than DST. Since I was in the country for just four days with little time outside the capital, I saved some money by using them. Service is limited outside the larger cities in Brunei, though.

Since then, both companies have changed their tourist plans. Now, unless you need more than 3GB of data per week, it’s cheaper to go with DST. Since it also has better coverage, light to moderate data users will now probably want to go with DST.

How to Buy a Prepaid SIM Card in Brunei

Both companies have kiosks conveniently located in the small arrivals area of Brunei’s sole international airport. If you need to get money out of an ATM beforehand, there are several available on the second floor, up the escalator.

In general you may as well buy your SIM at the airport, since prices are the same as elsewhere. Because I was getting picked up by my guesthouse owner and had already made her wait due to a delayed flight, however, I decided to postpone my purchase until I got into the city.

Both companies have stores beside each other downtown near the waterfront, but I ended up going to the Progresif store at Gadong Mall since I was in the area anyway.

The process was extremely straightforward. Two tourist plans were prominently displayed, so I picked the one I wanted, and mentioned it to the staff member.

She took a copy of my passport, asked me to sign a form, installed and configured the SIM, and sent me on my way within five minutes.

Can't be bothered with the hassle of buying a local SIM in Brunei? OneSIM topped our international SIM card comparison.

Progresif was offering two tourist packages when I visited, but has now slimmed its offerings down to a single option. For 25 BND ($18 USD), you get unlimited calls, texts, and data, plus 10 international calling minutes and international texts to a variety of countries, valid for a week.

You can renew the plan after it runs out each week, but the SIM card itself will expire and become inactive after four weeks.

If you choose to go with DST instead, expect to pay 15 BND ($11) for a tourist SIM with 3GB of data, valid for seven days. You’ll get 3 BND credit to use for domestic calls and texts.

Again, the SIM card itself is valid for 30 days, so you can top-up each week until the month is up.

Brunei is one of the few countries where tourist SIM packages are actually the best deal for travelers. Other plans include a mandatory 25 BND annual registration fee.

Top-ups are available at all Progresif stores. Because the tourist SIM expires and becomes unusable after four weeks anyway, though, you won’t need to top it up.

If you go with DST, top-ups are also available instore.

Coverage with Progresif was solid in and around Bandar Seri Bagawan, and for most of the short bus journey from there to the (eastern) border with Malaysia. I also had signal while transiting the Temburong section of Brunei shortly afterwards, although didn’t seem to get data service there.

Data speeds, although usable, weren’t anything to get excited about. I was able to make a voice Skype call without much problem, but wouldn’t have attempted video. 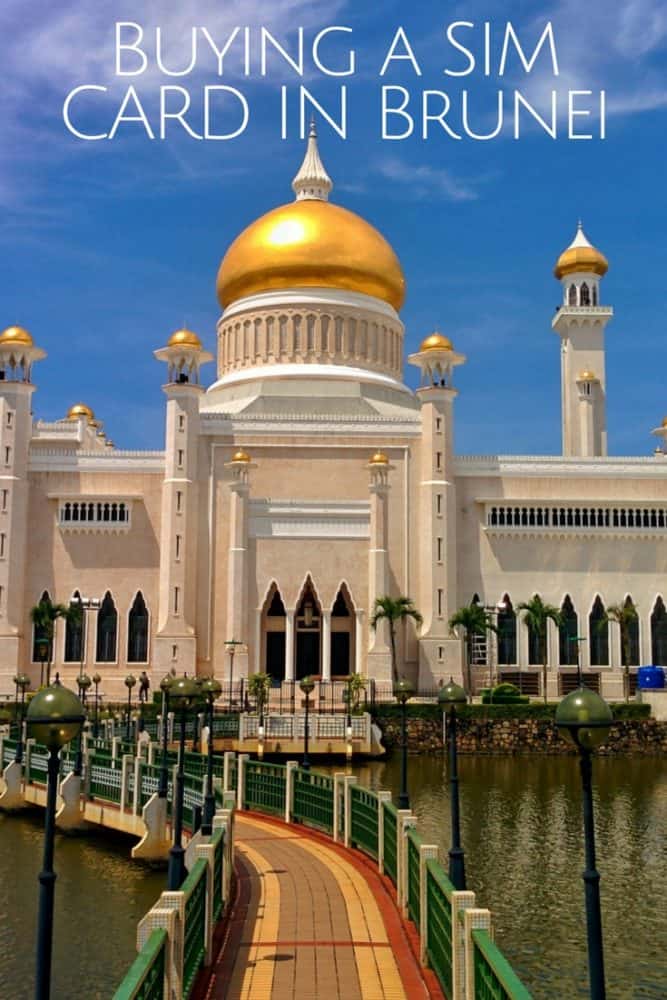