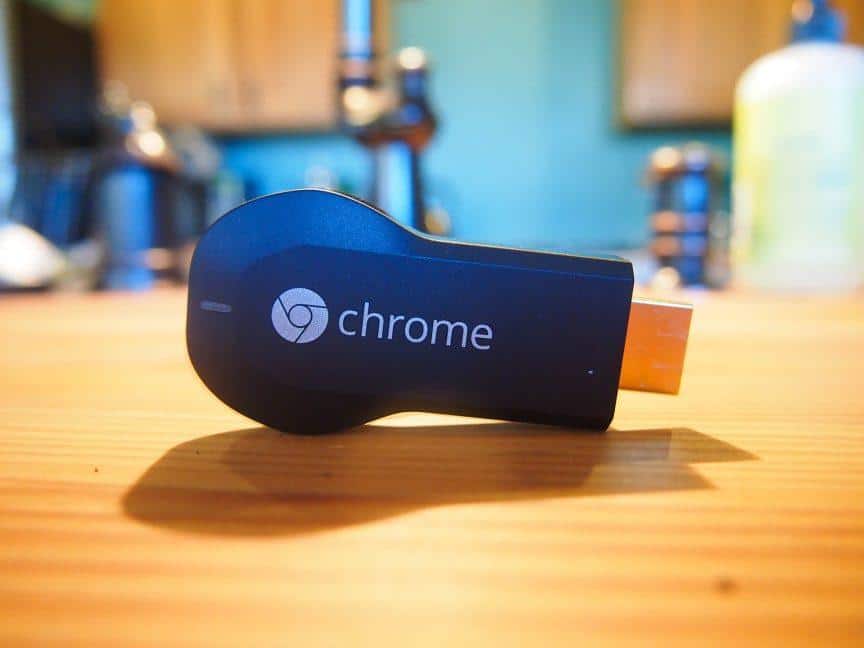 When Google’s Chromecast media streaming device was released last year, I thought it sounded like a great piece of hardware that was limited by software and geography.

Back then, the idea behind Chromecast was that you could plug it into any reasonably modern television and stream a limited number of internet-based services (Netflix, Hulu, YouTube, and a few others) to it.

A cool concept, but for travellers plagued by crappy internet connections (ie, almost all of us), it didn’t have much value – plus it was only available for sale in the US.

Skip forward twelve months, and things have changed. Last month Google opened the device up to developers, and also started offering the Chromecast for sale in ten other countries around the world. It seems that new apps are coming out every week that work with Chromecast in some way, and many old favourites have added support as well.

I picked one up from Amazon last week, and have spent the last few days testing it out in different ways. So, is it now worth carrying with you on your next trip?

How Does It Work?

It’s pretty easy to get the Chromecast working. As well as the dongle itself, the box contains a USB-to-mini-USB cable, an excessively-large USB wall socket adapter, and a short HDMI extension cable. The Chromecast plugs straight into any available HDMI port, but it also needs power.

If your TV doesn’t have a spare USB port, you’ll need to plug it into the wall… assuming there’s a power socket within reach. If not, you’re out of luck.

Assuming you can connect everything properly, just turn the television on, switch to the appropriate HDMI input, and within a few seconds you’ll see a pretty landscape background from somewhere in the world.

Download the setup app (there’s one for most platforms), configure the Chromecast for your wireless network, and away you go.

At the moment I’m in about as ideal a situation as any traveller will find themselves when it comes to using a Chromecast: an Airnnb rental apartment in the US, with 20Mbps cable internet, a private Wi-Fi network, and a HDMI-enabled television. If things didn’t work well here, they’ll only be worse in hotels, hostels, and anywhere with sketchy internet.

I thought I’d start things off with an easy test: streaming a few videos from YouTube. The dedicated app on my (Android) tablet and phone picked up that I had a Chromecast, and with a couple of taps I had a high-quality video playing on the TV.

It stuttered once for a couple of seconds, but otherwise played perfectly. I tried several other videos, and they all worked as expected. So far, so good.

My favourite podcast app, PocketCasts, recently added Chromecast support for video and audio, so I was keen to try it out. I downloaded a likely-looking TED talk, sent it to Chromecast and sure enough it worked perfectly, with no glitches or buffering.

Given the lower bandwidth and system resources required, I wasn’t surprised when audio podcasts and music streaming from Google Play Music also worked without a problem.

Streaming Local Video From a Laptop

None of Google’s own apps support streaming locally-stored video files to the Chromecast, but that doesn’t mean that third-party companies haven’t stepped in. One of the most highly-regarded options is Plex, a fully-fledged media server. Getting it working is a multi-step process, but isn’t particularly difficult – at least some of the time.

First off, I installed the Plex Media Server on my Windows 7 laptop, and told it where to find my small collection of video files. From there, I followed the instructions on this page to configure that laptop for Chromecast streaming.

As long as the computer with the media server running is on the same wireless network, Chromecast streaming can be initiated from any other device that you have (Android, iOS, or other laptop) — although not every option is free.

Once everything was set up, I sat down to watch a 40-minute video that I’d previously downloaded. Everything worked perfectly for the first twenty minutes or so, but from then on, playback on the television kept freezing and a connection error message appeared on the laptop.

It was only a matter of a few seconds to reconnect, but from that point forward the connection would drop every minute or two. Frustrating, to say the least.

Given that my laptop is around three years old, I figured this could have been a hardware problem, so installed the Plex Media Server on my girlfriend’s new Macbook Pro.

It took many attempts to get it working properly – and I’m still not sure exactly what combination of steps was the right one – but once set up, streaming video worked perfectly from start to finish.

The lesson here? When it comes to video, more power is always better. Streaming to Chromecast is no exception.

As a traveller, my greatest hope for this device was to be able to use it with a phone or tablet to create a highly-portable entertainment system. If I could stream movies straight to a television without needing a laptop or internet connection, the Chromecast would easily be the best $35 I’d spent on technology in quite some time.

Sadly, however, those days aren’t quite there yet.

I tried many different apps on both my phone (an old Samsung Galaxy S2) and tablet (the current model of the Nexus 7), with very little success. Whether it was AllCast, RealPlayer Cloud or BubbleUPnP, the end result was the same: unwatchable video that stopped every second or two.

While I expected that to some extent with HD video, I was surprised to see it even with lower-quality files. Even converting to a format that’s natively supported by the Chromecast (.mk4) didn’t help, and after several hours of tinkering, I gave up on the idea.

Other Ways to Use the Chromecast

Of course, these aren’t the only ways to use a Chromecast when you’re travelling. It’s easy to send an image gallery to it, for instance, if you’d like to share your trip photos on a big screen for maximum boredom viewability.

If your needs are more business-oriented, any tab in your Chrome browser – or your entire screen – can be shared. As long as you’re not playing video, everything should display just fine.

Overall, as far as travellers are concerned, the Chromecast is useful without being a game-changer. As mentioned, my testing was done in an environment that was about as good as it gets when you’re away from home.

Slow internet, overloaded wireless networks, low-quality routers – not to mention not having a suitable television to plug into – are everyday problems for those on the road, and any one of them would make the device perform much worse than it did for me.

Sure, you could create your own wireless network to get around some of the issues — but that’s even more software, hardware, and hassle.

If you’re the kind of traveller who spends more time in hotels and vacation rentals than hostels or guesthouses, and especially if you’re likely to be carrying a reasonably-fast laptop anyway, then spending around $35 on a Chromecast could well be a worthwhile investment.

If you’re not, or you just don’t watch that much television, keep your credit card in your pocket for now.