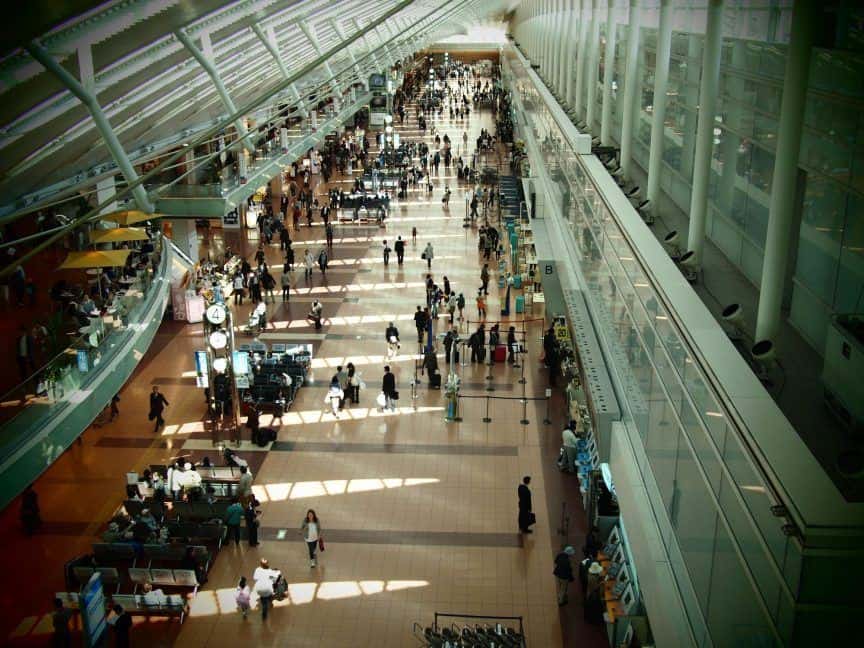 There have been a few times in my otherwise-happy relationship with Apple that I’ve looked down at my MacBook and despaired. Not often, mind you, but just like any relationship, we’ve had our bad days.

There was the time I turned on my laptop to find the dreaded stripy green screen. There was the incident when I thought iPhoto had deleted my photos from Peru before I could back them up. Then there was the full-on three days where the thing flat out refused to connect to the internet, for no apparent reason. Cue an emergency trip to the Genius Bar.

But none of these days, not a single one, holds a candle to the time I looked into my laptop bag and my MacBook wasn’t there at all.

My plane had just touched down in Reykjavik, and I was both exhilarated and sad about it. My trip to Iceland in 2014 marked a beginning and an end for me.

I was leaving New York, which had been my home for two and a half years, and moving to Mexico City, which has been my home ever since. In between, I had two weeks in Spain for errand-running and family-hugging, starting with a five-day stopover in Iceland.

A mixture of feelings washed over me as I opened up my carry-on to pack away the book I’d been reading, but they were quickly replaced by dread when I noticed my laptop wasn’t in its sleeve.

My brain flicked backward through my journey: one final bagel, the car ride through Brooklyn, checking in for my flight, to the moment I last saw my laptop at security in JFK. In between grabbing my bags and tying up my shoelaces, I had managed to leave my laptop behind in one of the trays.

Apparently, this isn’t all that unusual: according to Credant, in 2012 there were 8,000 devices (not just laptops, but phones, tablets, and cameras, too) left behind at airport security. That’s just in the US — imagine if we tried to tally up the worldwide numbers.

What followed was 36 frantic hours, in which I tried to both get my laptop back and cover my bases in case I couldn’t. If you find yourself in this situation, or similar (like leaving your tablet or phone on the plane), take it from me: your device isn’t lost until you’ve got confirmation that it is.

This is what I did.

Hope for the Best…

First order of business: pick up the phone.

If you’re certain you left your device at security, check the airport’s website and call the information numbers. It may sound obvious, but one thing I learned when leading the search party for my laptop is that many people think all is lost way too early.

My first night in Iceland was a sleepless one. Between jetlag and the anxiety of the missing laptop, I don’t think I dozed off at all. So, as the clock hit 4 a.m., I called information at JFK for what seemed like the 12th time.

It was just my luck that I happened to fly on a Sunday right before a national holiday, and all the offices I called were closed or on limited hours. Even though I’d left messages on around 10 answering machines by the time I reached passport control in Reykjavik, I felt like I was getting nowhere.

This time, I tried the 24-hour general information number, and even though the kind lady who answered the phone couldn’t tell me the whereabouts of my computer, she was able to put my mind at ease. She asked exactly what I’d left behind, and when I told her it was a MacBook, she said, “oh, then you’re most certainly going to get it back.”

She told me that tablets and cell phones were trickier to locate, but that “pretty much everybody who ever calls asking for a laptop finds them.” Since they’re big enough to get noticed, airport security grabs them before anybody else can.

“You know what usually happens though? Nobody asks for them,” she added to my surprise. So people just leave them behind? “Yes, they just think they’re lost and don’t even try.”

Moral of the story: don’t lose hope too soon.

If you’ve left your phone behind at airport security or on the airplane itself, you can use the old strategy of calling your own number and see if somebody answers. You can always try calling the airport right afterward if you receive no response, in case they located it.

What if you left behind a tablet? You can try sending an e-mail, or an iMessage if you happen to have left behind an iPad. While this strategy will hit a brick wall if your tablet is password-protected, it doesn’t hurt to try.

It’s also worth using a tracking app if you’ve got one set up (and you should). This is particularly relevant for a smartphone or a tablet, but it can work on a laptop as well. If you know where your lost device is, you can at least direct someone at the airport to it.

In terms of tracking apps, few can beat Prey. This service is available for laptops, phones, and tablets on all operating systems,  including Linux. It lets you locate your device, gauge whether it has been accessed by someone else, take photographs of who has it, and much more.

If you’ve got an Apple device, Find My iPhone is also an option. Like Prey, it will show where your gadget is, or where it was last seen. If it’s connected to the Internet, you can force it to play a loud sound, and enable “Lost Mode”. This sets a passcode, and displays a message of your choice on the screen. Android has a similar service, Find My Device.

… But Prepare for the Worst

As I waited for a more reasonable hour to call the British Airways office in Terminal 7 (where the lady from information had directed me to), I tried to get ready for the potential bad news. What if my laptop never reappeared?

We’ll never tire of saying it: always, always, back up your stuff. If you’re using an external hard drive, make sure you keep it safe while in transit. If you copy everything to the cloud, make sure it happens regularly. Thumbs up if you choose to do both.

At the time, I had an external drive that I’d just updated, which helped put my mind at ease. Granted, losing my laptop would be hard, but losing my entire digital life would have been devastating.

If worst comes to worst and your device is gone for good, there’s one more step to take before bidding it a final farewell. If you’ve installed a tracking app like those mentioned above, use it to remotely wipe your data.

Both Prey and Find My iPhone/Find My Device have this feature. If your gadget is online, it’ll happen immediately. If not, it’ll wipe itself whenever it next connects to the internet. Dealing with lost hardware is bad enough, without having to deal with someone having access to all your personal information as well.

So How Does the Story End?

In case you’re curious, my story does have a happy ending. The staff at the British Airways office had indeed found my laptop, and were able to FedEx it to my parent’s home in Spain (paid for by me… they were nice, but not that nice).

I had to prove to customs that the laptop was indeed mine in order to not have to pay import tax on it, so knowing where that information is will also be necessary if you find yourself in the same situation.

But you can bet I now triple and quadruple-check every single tray before leaving airport security.

Have you ever left your electronics behind at security? Did you manage to get them back? 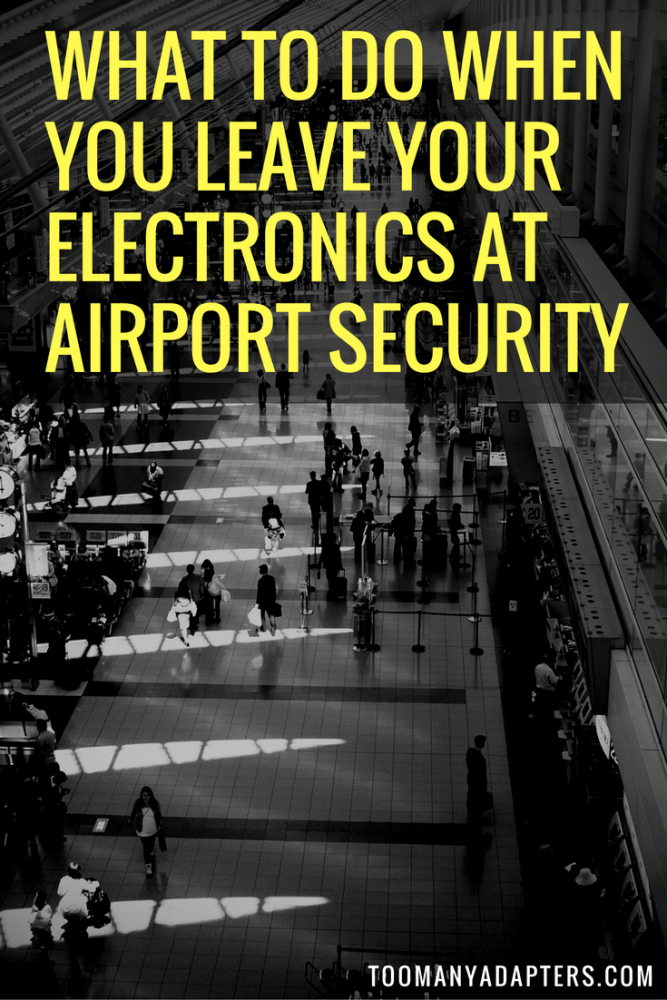