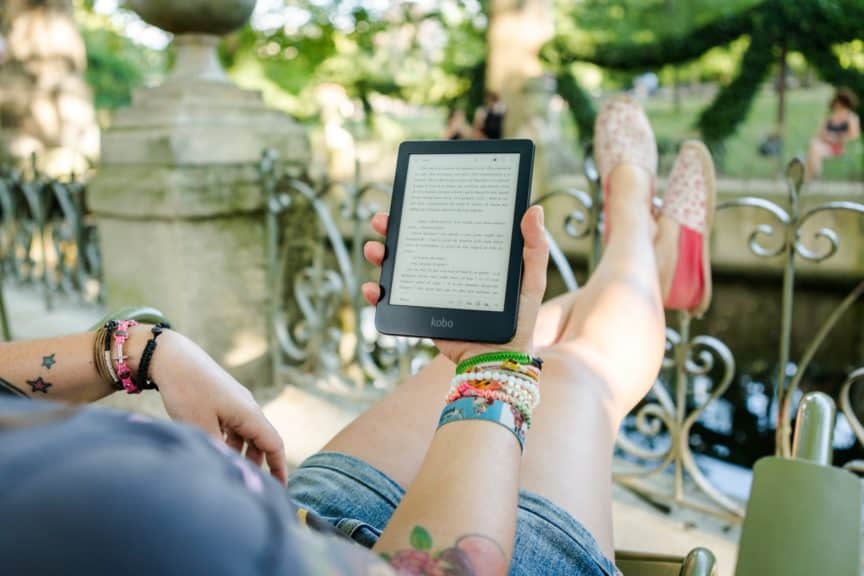 Nearly a decade ago, I bought my first Amazon e-reader. I’d always been a physical book kind of guy, but since I was planning to hit the road full-time later that year and couldn’t fit a bookcase in my carry-on, it was time to take the leap.

That Kindle Keyboard 3G served me well for eighteen months, up until the day I dropped it onto the deck of a yacht I was holidaying on in Turkey. It bounced once, twice, then sailed perfectly between the safety rails and into the harbor below.

Strangely enough, a saltwater enema was not what the doctor ordered for my electronics. Even after drying it out, the page still forlornly showing on the screen was the last it would ever display.

The replacement has lasted far longer. It’s still working fine, the shorter battery life and scuffed screen the only sign of years of (ab)use. It’s slow, though, big and kinda ugly by current tech standards. The free worldwide 3G web browsing, so important when I bought it, is now useless thanks to strict data limits, new web technologies, and cheap local SIM cards.

In a world of touch screens, navigating with a physical controller and buttons feels antiquated and takes forever. The text also now seems very dim and indistinct, especially compared to my phone, and I’d found myself using it less with each passing year as a result. Instead, I switched to the Kindle app, or just read stuff from around the web and ditched books altogether.

Not long before Christmas, Amazon discounted the Kindle Paperwhite to under $100. The company had run that sale a few times before, and each time I’d ignored it. I really wasn’t sure I needed a new model.

How much difference would it really make? Since I was reading less anyway, would I get any use out of it? Didn’t the app do a good-enough job? Shouldn’t I just spend the hundred bucks on a plane ticket instead?

Eventually, after much cajoling from my other half, I gave in and clicked the button. On Christmas Eve, I unwrapped my new purchase, downloaded my reading library, and settled in on the sofa to finish The Year of Living Danishly that I’d started months earlier. It’s a good book, by the way. You should read it.

A few days later, having learned all I needed to know about hygge, Lego, and the burning of witches, I looked up and realized how much more satisfying it had been to read on the Paperwhite than with the app or my old device. A hundred bucks well spent? You bet.

Why Buy a Kindle Paperwhite?

The biggest difference, by far, is the built-in light. My previous Kindle didn’t have one, while the backlight on my phone is too bright to use in the dark. Even with the level turned down, the backlighting hurts my eyes after a while and messes with my sleep cycle.

On overnight flights and during my various Caminos de Santiago, I’d really noticed how much phones and tablets light up a darkened room or airplane cabin, disturbing anyone who’s trying to sleep. Not cool. In the end, I just gave up trying to read after the lights went out.

The Paperwhite projects light down onto the screen, illuminating the words rather than the surroundings. In a dark room, with the brightness set to around a quarter, I’ve found it easy to read for an hour or more without annoying anyone around me.

I use it in bed all the time, and on a couple of recent flights, and it makes a surprisingly big difference. It’s a dim glow, rather than an eye-piercing blast.

Even using that light, battery life is phenomenal. It helps that I keep the Wi-Fi turned off unless I’m downloading something, but even so, I’ve had to charge the Paperwhite exactly once in the two months I’ve owned it. That’s while working my way through four lengthy books, so it’s not like it’s just sat in my bag during that time either.

I get bored on long flights, so knowing I’ll be able to keep reading long after the rest of my devices are out of charge is a big relief. Especially when, as on my last flight, the “best” option on the in-flight entertainment is There’s Something About Mary. Seriously.

The touch-screen navigation is a vast improvement, especially being able to tap either side to turn the page. It’s still slower to scroll and refresh than a phone, but nowhere near as bad as on the Keyboard version.

The screen resolution has doubled between models, and it shows. Text is much crisper, and photos are no longer an unidentifiable blur. There are more, better fonts to choose from, and a wider range of zoom settings.

Being able to see how many minutes remain until the end of the chapter is a nice touch, helping me decide whether I’m going to keep reading or go to sleep, and having my Amazon and Goodreads wishlists available right on the home screen make it frighteningly easy to buy new books. Which is, of course, entirely the point.

Reading in direct sunlight on the Paperwhite is at least as good as on the earlier model, and incomparably better than squinting at a phone or tablet. Those matte e-ink screens just don’t reflect light in the same way. No screen glare = happier eyes.

Finally, even though the screen dimensions haven’t changed between models, the overall size and weight definitely have. Without that keyboard at the bottom, the Paperwhite is nearly an inch shorter, with a few millimeters shaved off the width and depth.

It’s also noticeably lighter when holding it in one hand. That’s something I do a lot more now — the smaller size makes it a more comfortable option, even with the addition of the cheap case I bought to protect it.

So, despite resisting for years, buying a Paperwhite turned out to be a good move. I’m reading a lot, because it’s easier and more enjoyable to do it. Buying books is simpler, and I can read them in a wider range of situations than any of my other gadgets.

For all practical purposes, I never need to care about finding a power socket for it. In a world where I have “charge anxiety” with every other damn gadget I travel with, that’s seriously refreshing.

It’s small, light, and fits in even the smallest of carry-on bags. Hell, it fits in my back pocket when I need it to. Even at regular price, it’s not going to break the bank. Having got it on special, it now feels like an absolute bargain, and I can see myself continuing to travel with it for years to come.

I knew things had changed a few days ago, when it came time to do my semi-regular deletion of unused apps on my phone.

This time around, the Kindle app was one of them.

Do you travel with a Kindle? Why or why not? 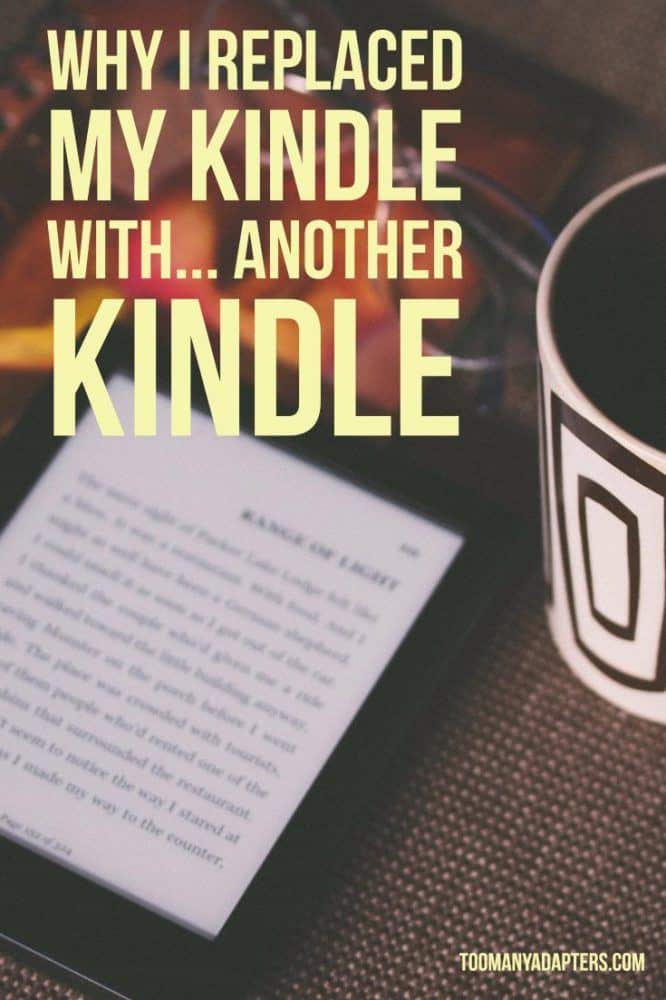