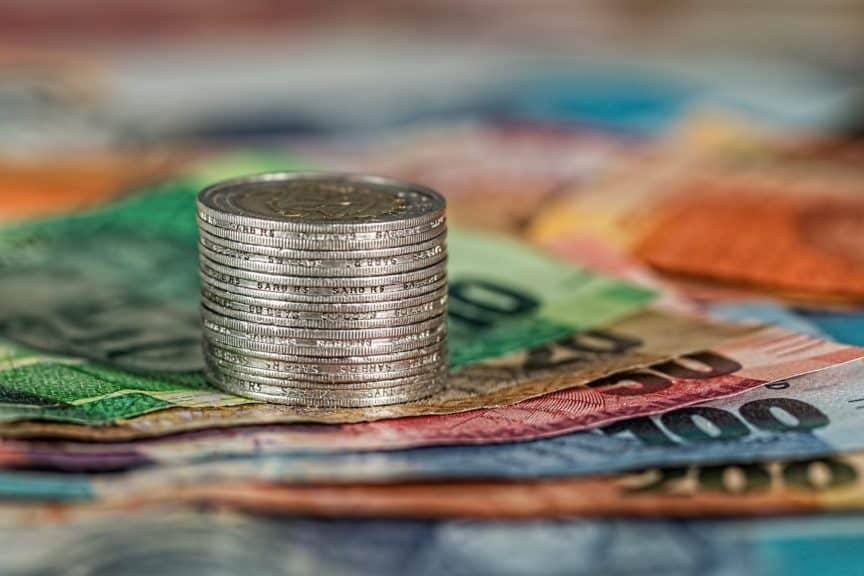 Currency exchange is the bane of my traveling life.

I recently headed to Sweden for a long weekend, but my flight actually landed in Copenhagen. On a whim, I decided to explore the city for a few hours before heading over the border.

After landing and trying to purchase a train ticket into the city, though, I realised that although I had Swedish krona, I hadn’t thought about getting any Danish krone. Oops.

I had to convert some money at the airport, taking a big hit on the exchange rate in the process. It was a stupid mistake, but one that travelers often make.

We all know the struggle of withdrawing and exchanging foreign currency, trying to make sure you’re not getting screwed over by your bank on the one hand, or the bureau de change on the other. It’s an expensive hassle (if a huge privilege, I’ll admit.)

When I stumbled upon Wise (formerly Transferwise), a well-regarded money transfer service and online bank, it seemed to be a traveler’s dream.

The company’s basic premise is a simple, low-cost way of sending, spending, and receiving different currencies, eliminating bad exchange rates and high bank fees along the way. It was set up by two Estonians, Kristo Kaarman and Taavet Hinrikus, back in 2011.

You’re able to send money to bank accounts in around 60 countries, hold funds in 40+ currencies, and get your own bank account details to receive funds in half a dozen currencies including USD, GBP, and EUR.

Even better, residents of over two dozen countries are able to withdraw or spend those funds almost anywhere in the world at very low costs, using a Wise debit card.

I’ve been putting it all to the test.

Wise takes a smart approach to converting money, one which can be up to 8x cheaper to use than a high street bank.

The company explains that instead of one international transfer taking place when doing the conversion, two local transfers are made instead. In doing so, it simply bypasses most international fees.

For example, if you want to switch dollars to euros, Wise will send your dollars to its USD account in the US, and your euros from their euro account in Germany. This saves the company money as the converted cash hasn’t traveled internationally, and it passes those savings on to you.

Even better, Wise uses the real, mid-market exchange rate, which is the same rate that banks use to trade between themselves. That’s a much better rate than banks offer their customers, or what you’ll get at your local currency exchange kiosk, and the company promises never to mark it up.

If you’ve never used Wise before, you can see how it all works before needing to set up an account. Just go to the website and plug in how much money you want to transfer, and into which currency. You’ll then see how exactly what the converted amount will be, along with the transparent fee.

To actually send the money, you’ll need to set up an account. You can create it using Facebook, Google, or your personal or business email address.

The best aspect of Wise is that everything is shown upfront, without hidden costs and dodgy exchange rates. Instead, you get charged a fixed fee plus a percentage of the amount you’re sending, based on your payment method and chosen currencies.

It’s worth checking out the pricing page to find out more. While bank transfer is the most common (and cheapest) way to send money, it can also be done by debit card, credit card, or SWIFT payment for certain currencies.

A payment often takes one working day or less (sometimes, much less), which is much better than the few days taken by most banks! You’ll get email notifications along the way.

If you travel regularly or earn money in other currencies, there’s another feature of Wise that’s even more useful: a “borderless” account.

This multi-currency account is free, and easy to set up once you’ve created your Wise account. It’s currently available to residents of the UK, Switzerland, United States, Canada, Australia, New Zealand, Singapore, and several European countries.

After choosing your preferred currencies, you’ll be issued with appropriate bank account numbers where possible. Currently, Wise hands out UK, Belgian (euro), Polish, US, Australian, and New Zealand bank details, letting you receive money in those currencies no matter where you’re based.

You can hold dozens of other currencies in your borderless account as well, and it’s easy to switch money between them. You can also see the current balance in each account, all on one page. Wise uses its usual mid-market rate when moving money around, and charges a percentage on the conversion.

Once you have your borderless account, you can request a bank card to go with it (other than Canadians, for some reason.) There’s a one-time setup fee of £5 or the local equivalent.

Having used Wise a lot for sending and receiving money, I jumped at the chance to test out the card as well. I’ve paid my share of high bank fees in the past, after running out of money abroad and having to pull out cash with my UK debit card. Being able to spend money in multiple currencies without having to worry about extortionate rates seemed like a dream come true.

So far, honestly, it is.

You can use the Wise debit card anywhere displaying the Mastercard logo, or with Apple Pay or Samsung Pay. If you’re spending in a currency you already hold in your account, there’s no cost. If not, Wise will auto-convert from whichever balance has the lowest cost. You’ll typically pay between 0.35-1%, plus a small fixed fee. More on the company’s fee structure here.

If you use your Wise card to do a cash withdrawal from an overseas ATM, you can take out the equivalent of up to £200/$250 every thirty days at no charge. After that, the Wise ATM fee currently sits at 2%.

Using this card is as simple as using any other debit card. It’s also “chip and PIN” and contactless, a useful feature that really speeds up low-value card transactions.

I’ve used my Wise debit card in a bunch of different countries while traveling, and as well as making things easier and cheaper, it’s also been a pretty efficient budgeting tool. I’d simply put a certain amount of money into my account in advance, then use this card for every transaction.

At the end of the day, all of my transactions are in front of me in the app and on the website, tagged with the name of the store I spent my money in. With card payments becoming the norm in many countries, it’s easier to use my card than mess around with physical cash.

On the Go with a Mobile App

At the risk of gushing too much about this service, my final point is about the convenience of that mobile app.

It’s especially useful when paired with the Wise Mastercard, since as soon as you’ve paid for something with the card, you get a notification on the mobile app telling you about it. That’s great for both security and budgeting, since it tells you both how much you spent, and how much you’ve got left in that currency account.

You’ll also get a notification every time funds arrive in your Wise account. If you’re a freelancer or business that regularly gets paid via Wise, it’s a notification you’ll soon come to love!

As well as your spending, all other transactions can be viewed on your phone, and it’s simple to convert or send money from there as well. Better yet, if you’re someone who regularly forgets their PIN (ahem,) it’s easy to find in the app.

The company guarantees to keep your money safe, and it’s regulated by the Financial Conduct Authority in the UK, and various state authorities in the US. With over five million customers and moving more than four billion dollars a month, it’s a serious business.

You can email or call with any concerns, but there’s no branch to walk into if there’s a problem. This may worry some people, especially if the company is slow to reply to queries. I’ve personally had problems with this, but it seems that most people don’t, since reviews of the support experience are overwhelmingly positive in this regard.

The company also has a short track record compared to most banks, so although my experience so far has been very positive, I don’t keep much money in my borderless account. Instead, I just transfer it in as and when I need it.

Ultimately, I really like what Wise is doing. If you’re a traveler, the website, app, and debit card are saviors when it comes to converting cash and spending overseas. I’ve saved a small fortune on bank fees already.

Even if you don’t travel much, it’s an easy way of saving money any time you need to send or receive a foreign currency. The costs are typically a fraction of what regular banks charge for the same service, and receiving the “real” exchange rate makes a huge difference on larger transactions.

Have you used Wise (or Transferwise), or got any questions about it? Let us know in the comments!

Main image via stevepb, other images via Wise 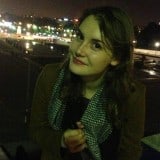 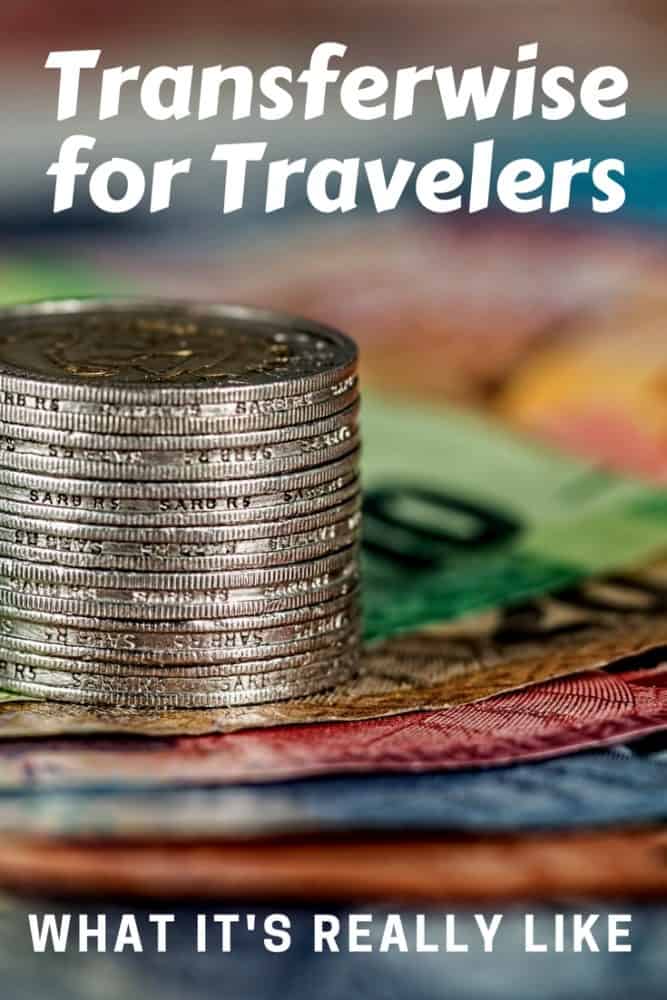