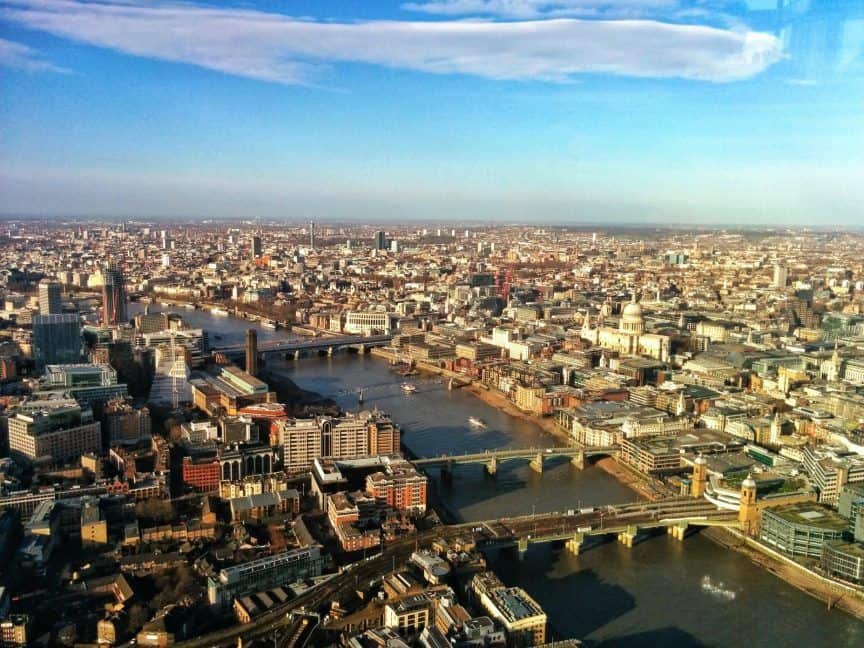 The United Kingdom. Home of the Beatles, Buckingham Palace, cozy pubs, great curries, and, seemingly, about half a million different mobile providers.

Despite a few takeovers and mergers in recent years, it’s still easy to get cell service as a traveler. Everywhere from dedicated shops on every high street to tiny convenience stores will be able to sell you a SIM card and top-up your credit. It’s generally a straightforward process.

There isn’t much difference in prices or value between the major brands. Several resellers offer better rates, but it’ll usually take a bit more effort to get them.

Here’s everything you need to know about buying a UK prepaid SIM card as a tourist.

Got travel insurance for your United Kingdom trip yet? A good policy can cover you for all kinds of sticky situations, from medical emergencies to canceled flights, theft, lost luggage, and more. We've been using World Nomads for over a decade.

Walk down any high street in Britain and you’ll likely pass stores from all four network operators (O2, EE, Three, and Vodafone), often within a block or two of each other.

This makes it easy to compare pricing and special deals. In reality, though, you’ll likely end up paying a similar amount no matter which one you go with. EE has the best network, trailed by O2 and Vodafone. Three has the least coverage.

Some of the larger resellers also have high street stores, and I walked into one from Virgin Mobile. The prices worked out about the same, but required purchasing and activating various packages that wouldn’t take effect immediately. My eyes glazed over within seconds.

SIM cards for cheaper providers like Lebara are available in just about every convenience store, and can also be ordered online and sent out to a UK address. You’ll pay noticeably less with these providers, especially if you plan to use large amounts of domestic data.

You can buy self-branded SIM cards from Asda and Tesco supermarkets, and there are also several online-only providers that will post a card to a UK address if you can provide one.

Because they’re typically using the O2 and Vodafone networks rather than EE, however, rural coverage typically isn’t as good with most of the cheaper providers. Also, don’t expect too much assistance from the seller if you have any problems with setting things up: you’ll need to contact the company itself.

I’ve used cards from both EE and O2 in the past, along with Lebara on the Vodafone network and a few different resellers on the O2 network. There was little difference between them in major cities, so if that’s where you’ll be spending your time, you may as well select based on price.

In villages and rural areas, however, EE has the better network, with greater coverage and faster data speeds.

How to Buy a Prepaid SIM Card in the UK

If you’re flying into London and want to get connected before leaving the airport, you easily can. At Heathrow, Gatwick, and other airports, small kiosks and vending machines offer UK SIM cards from all the major operators.

The packs on offer aren’t great value, but they’ll get you up and running in a hurry if necessary. If you’re happy to wait, however, you’ll have more choices and spend less money.

When I was staying in a central part of London, SIM card stores unsurprisingly weren’t hard to find. The process of getting SIMs from either EE and O2 couldn’t have been easier.

In both cases, I went through the prepaid package options with the salesperson (there weren’t many), and they installed and activated the SIM with my chosen plan in about two minutes.

There was no need to show my passport or any other identification, which was a nice change. I received an SMS confirming all was well shortly afterward, and data started working straight away.

Don’t want to wait until you get to the UK to get your local SIM card? Buy one in advance instead.

This Three SIM includes up to 24GB of data, plus unlimited domestic texts and minutes. It’s valid for 30 days across the UK and much of Europe.

Other options are available if you need a portable hotspot or a different mix of calls, texts, and data. You can also get an eSIM if you have a recent iPhone or other supported device. Either way, you’ll be connected with a minimum of fuss before you’ve left the airport.

The EE outlet I went into was offering packages with 100 minutes of calls, unlimited texts, and 4GB of data for £10. Going up to £15 gave unlimited calls and texts and 8GB of data.

Over at O2, you got unlimited calls and texts and 6GB of data for £10, or 15GB for £15. Vodafone and Three’s packs were the same price, but included more data. The SIM cards themselves were free in every case, although some did need a minimum spend.

Free Wi-Fi is everywhere in the cities, from London tube stations to cafes, bars, and phone boxes. Intercity buses (coaches) and trains typically offer it for free as well, so it’s easy to make your data allowance stretch a long way.

If you expect to use a lot of data despite all that free Wi-Fi, or are just on a strict budget, it’s worth considering Lebara instead. The company offers useful plans for as little as £5, and £10 gives unlimited calls and texts along with 10GB of data. Even better, there are often significant discounts for the first month or more, which suits short-term visitors perfectly.

SIM cards are free if you buy them online and get them sent out, assuming you have a UK address to use. There may be a small charge for the card if you buy in person, which can be done at any convenience store or supermarket showing a Lebara logo. In most towns and cities, you won’t have to walk far to find one.

Lebara uses the Vodafone network, which means that coverage and speeds won’t be as good as with EE. In the cities, you’ll barely notice the difference, but it may be a different story if you’re spending a lot of time in the middle of nowhere.

If you’re using EE, you can top up from any store that’s displaying the EE logo, or on the website with a UK-issued debit or credit card. As you’re unlikely to have one as a tourist, you’ll need to either make a British friend in a hurry or just buy vouchers from physical stores.

It’s easier to top up Lebara SIMs online, since you can use overseas cards via Paypal, or a UK debit or credit card. Again, you can also go into any physical store that’s displaying the company logo.

As in many parts of the world, data speeds vary more in large cities than elsewhere. In Brixton, south London, for example, EE upload and download speeds fluctuated a lot, and data sometimes just stopped working for a minute or two.

When I moved elsewhere in London, including both the central city and on the outskirts, speeds improved dramatically and the connection became more reliable. I never had a problem making or receiving calls and texts anywhere else.

The same applied in other major cities, from Bristol in the south to Manchester, Leeds, and Edinburgh in the north. Even on the buses and trains between those cities, it was rare to lose coverage for more than a couple of minutes.

Using a Lebara SIM in inner Bristol, LTE speeds were reasonable both up and down. They weren’t the quickest I’ve seen, but still fast enough for streaming entertainment, making video calls, and pretty much anything else you’re likely to do on your phone.

Coverage levels drop when you get away from civilization, but not always as much as you might think. I’ve had usable call, text, and data service with all providers most of the time while hiking in places like the Cotswolds and the Lake District, as well as remote parts of the Hadrians Wall Path and South Downs Way.

Don’t plan to remain continually connected in places like these, but it’s rare to not have service for long periods, especially if you’re using EE.

The UK officially left the European Union in January 2020, and the transition period finished at the end of that year. As a result, EU roaming regulations no longer apply, and free or discounted roaming outside the UK is now offered at the operator’s discretion.

As a result, many providers are slowly starting to remove free roaming, adding limits and surcharges for using your call, text, and data bundles in European Union countries. Check the fine print carefully if you’re planning to use your UK SIM elsewhere in Europe: if free or discounted roaming isn’t offered, you may be better off replacing your SIM when you get to an EU country. 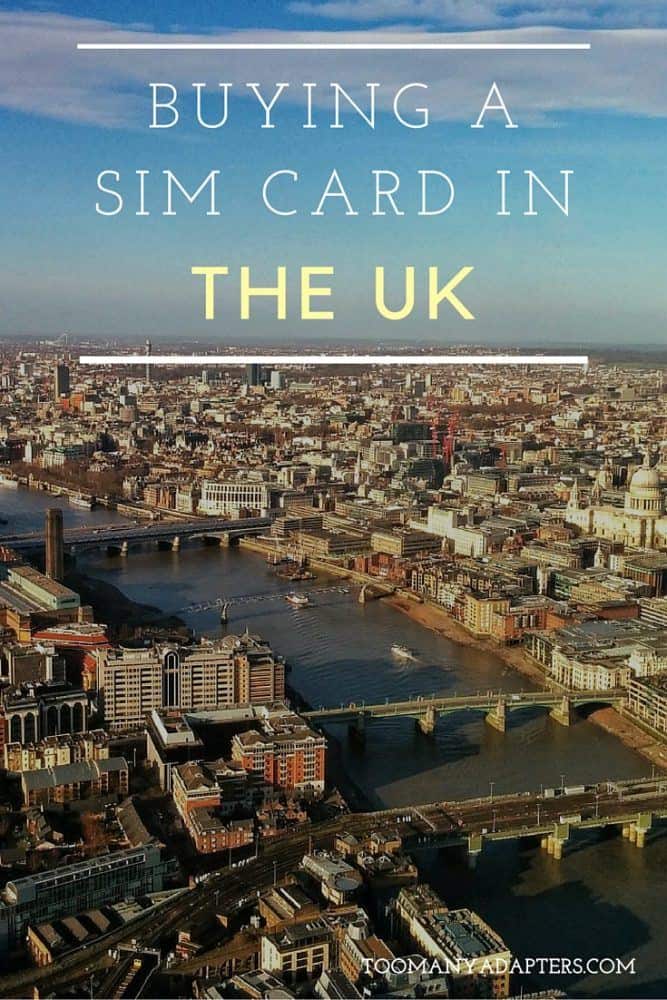