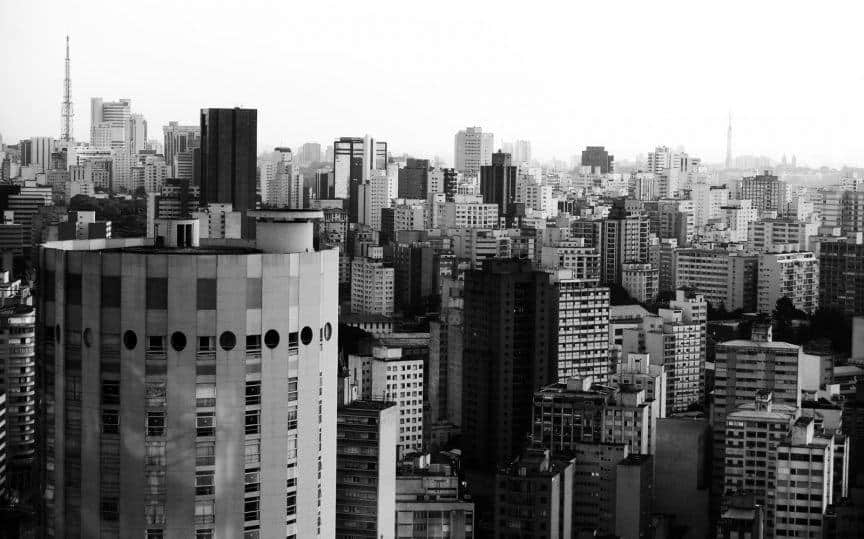 I’m going to have to start by saying that I do truly love Brazil. After you read this story, you might think differently but, well, love isn’t always easy.

No, sometimes even the smallest things – like making a phone call – end in expletives, crying fits and sheer exasperation.

When I finally arrived in São Paulo after more than 20 hours in the air and still stinging from the remarkable rudeness of Aerolíneas Argentinas staff (they may have the cheapest flights to Brazil, but you’ll quickly figure out why), I had one thought in my mind: call that friend of a friend who lives in Rio.

I thought I’d just make a quick call from my pousada and then get some sleep. Yeah, right.

Dead battery. Of course, since it’d been hours (days? weeks? where was I?) since I’d charged it. No problem: I grabbed the travel adapter I’d bought back in Australia, and went to plug my phone in.

“I must be really tired,” I thought to myself, when I couldn’t get it to fit in the socket. It was kind of like that feeling of stumbling home after a few too many and not being able to get the key in the door. I shook off the jet lag and tried my best to focus. But no. It was physically impossible.

That was when I started cursing the friendly, seemingly-helpful sales assistant in the electrical store back in Australia. It was obvious that he didn’t have a frigging clue about Brazilian adapters, the idiot. Who knows, maybe he even did it deliberately. Maybe he got his kicks from selling the wrong adapters to innocent travellers!

By then I was uttering strings of expletives, but I was about to learn the cold, hard truth. The guy at the front desk cheerfully told me I needed another adapter to adapt the adapter. What?! He helpfully pointed to his computer and I saw a whole muddle of adapters joined together.

Turns out that there are lots of different plugs and sockets in Brazil. Oops. Looks like that electrical store guy wasn’t evil after all.

Since 2011, the N-type plug and socket have been the official standard. That is, a bureaucratic decision was made… but it’s not like everyone ran out and bought new appliances and changed all their sockets.

All the decision really means is that anything made in the last three years has this standard plug and the rest, well, continues to be a mess.

Then again, perhaps the madness is diminishing slightly. Before the turn of the millennium, there were allegedly 12 different types of plugs and eight types of sockets. It’s debatable how many remain today, but somewhere around six is fairly typical.

The adapter issue is such a pain here in Brazil that it’s making its way into the language. While in English we have sayings like “scarcer than hen’s teeth”, in Brazil you can say “harder to find than the right adapter”.

With my phone happily charging via a string of adapters, I headed out to buy a local SIM card. Easy: the newspaper stand on the corner sold them, and I randomly bought a prepaid SIM from one of the main providers.

I even checked it was the right size, and checked the call rates. All too easy. I smiled to myself and thought that it was all going to be OK.

Back at my pousada, I popped the SIM card in and grabbed the code off the packet to activate it. And that, my friends, is where the fun started. I put in the code, I put in the number, I put in everything I could get my hands on but still the nice-sounding woman on the recording just kept on talking.

What the hell did she want?! I knew my phone wasn’t blocked or locked, so what more could there be?

In 3 letters, a CPF. A what? My new friend at the front desk cheerfully explained that I needed to enter my CPF. Again, what?

Update: as it turns out, it is possible for travellers to buy and use a SIM card without needing a CPF, but your options will be much more limited. We’ve since published a post with all the details on buying a prepaid SIM card in Brazil. Ok, back to the story.

It’s worth pointing out that my Portuguese was pretty crappy at this point and I was beyond tired and, well, I really don’t know how it happened, but one thing led to another and I actually started crying. Poor João at reception is probably still scarred from my visit.

Anyway, so that you don’t end up sobbing in front of strangers, be warned that CPFs are used for almost everything in Brazil. In fact, every time you buy anything the cashier will simply ask “CPF?”.

If you’re just at the supermarket or similar, this is optional, so you can just say “no”. However, if you’re buying something bigger – even if you’re paying cash – they may insist on you providing a CPF.

Because Brazilians use their CPFs for almost everything, it’s inconceivable that someone wouldn’t have one. The odd thing about CPFs is that anyone can get one. So, depending on how long you’re going to be travelling in Brazil, it might still be worth your while.

You can also apply for a CPF within Brazil, but that’s a different kettle of fish again. Coming back to the SIM card dilemma, if you don’t have a CPF, you’ll have to do a lot more legwork to find a carrier and SIM package that you can actually use.

The alternative? Beg someone to let you use their CPF. This is where you better hope you already know someone in Brazil, or that you make friends fast.

Learning How to Make a Phone Call in Brazil

By now I was starting to feel like a battle-worn warrior. I had successfully charged my phone, convinced a stranger to give me their taxpayer number, and activated my new prepaid SIM card. I was ready to make that phone call. Or was I?

I was in São Paulo and planning to meet up with a friend in Rio. I had the Rio number and I dialled it. Oh no, wait a minute. Of course it’s not that simple.

Turns out that when you call long distance in Brazil, you have to choose your carrier. While it seems like a good idea to give consumers the choice of which company they want to use, the reality is more like playing phone number roulette.

You just choose your favourite numbers, dial them randomly, and hope you hit the jackpot and get connected. This game is enjoyed by foreigners and Brazilians alike.

OK, take a deep breath and I’ll explain how it works.

First, you need to know that:

DDI is the two-digit country code

DDD is the two-digit area code

xx indicates the place where you need to insert the carrier code BUT not all phone numbers show this. Also, be warned that some phone numbers put it in the incorrect place. You know, just for fun.

Note too that not all carriers are national, so some can only be used to make calls in certain areas. While each carrier does charge a different rate, I’ve never bothered figuring out which of the 50+ options is the cheapest. I tend to just use a common one, such as “21” (Embratel) or “31” (Oi) and pray.

Also be aware that:

Before any DDI, you need to dial 00

Before any DDD, you need to dial 0

Once you know all this, it’s not too bad. But when you’re jet-lagged, have just played connect the adapters, have cried in front of a perfect stranger and have greeted every new person with “Hi, I’m Natalia, want to give me your taxpayer number?”, phone number lottery is just too much.

Add to that the fact that even several Brazilians couldn’t figure out what to do with the carrier code and I was, well, exasperated.

I never did make that phone call to the friend of a friend but I did end up falling in love with Brazil and all its idiosyncrasies. In fact, somehow I’m still here, happily juggling adapters and discovering new sources of bewilderment all the time.

Four years ago Natalia Laczko went to Brazil on holiday…and is still there. She seems to have put her former travelling days behind her to keep on exploring all things Brazil, including writing about Brazilian cuisine on the Brazilian Food Guide.Natalia shares the good, the bad and the just plain ugly so that you can be better prepared than she was on your Brazilian adventures.