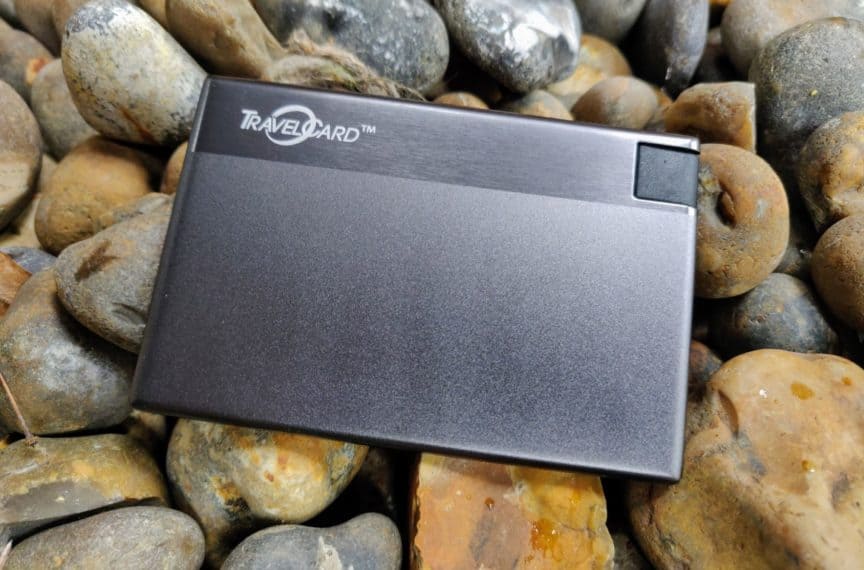 As we often say, portable batteries come in all different shapes and sizes. If you’ll be away from a power socket for days or traveling with a bunch of devices, you’ll want to keep a battery in your bag that’s big and hefty enough to keep everything running.

That’s a common situation when you’re the road, but that’s not the only time you’ll want a portable battery. Sometimes you just want the security of knowing you can get a bit of extra charge into your phone when it’s dead at the end of a long day, so you can call an Uber or find your way home without a problem.

In that case, there’s no need to carry a big battery, or a bag to keep it in. TravelCard has been making small, credit-card shaped portable batteries for several years now, designed to live in your wallet and in a pinch, provide enough juice to get you through to the end of the day.

We’ve been recommending the Lightning and micro-USB versions for a while, and the company recently sent out its latest USB-C model to take a look at.

The TravelCard is entirely self-contained. Both the USB-C cable that you charge other devices with and the USB cable for recharging the battery itself are built-in. That’s a big plus for a “go everywhere” battery like this.

It’s quite a slick-looking affair, at least from above. The top is made from smooth aluminum in one of seven colors, with the company logo in one corner, and a lump that houses the end of the USB-C cable in another. The bottom is matte black plastic, with short USB-A and USB-C cables on either end.

There’s an on/off button on one edge, alongside a small LED light that lets you know the charge level. It switches between blue (normal) and amber (low), finally flashing amber as it’s about to run out entirely.

As you’d expect from a small device like this, the battery capacity isn’t huge. At 1500mAh, it’s very much a gadget designed to get your phone or headphones through to the end of the day, but not much more.

USB-C output is rated at a maximum of 5W (5v at 1amp.) This low output would be a concern with bigger batteries, but given the small capacity and intended use, however, it’s not a problem here. The TravelCard still charged my devices at an acceptable speed, as you’ll see below.

The first test for a wallet-sized charger like this was, well, to put it in my wallet. Or at least, to try to.

I use a slimline leather wallet for both travel and daily life, and there isn’t much extra space in there. The slots are a snug fit for my license and credit cards as it is, and since the TravelCard is a little under a centimeter longer and wider than a credit card, it didn’t fit in them.

It fitted fine, however, in the section behind the coin pocket. The wallet felt noticeably bulkier as a result, but if you usually use a larger wallet anyway, you’re unlikely to feel as much of a difference as I did.

The short cable length is good for letting you tuck the TravelCard behind your phone and keeping both in your pocket as it charges, but can make it a bit fiddly to plug in. The USB-C plug fitted securely in the half-dozen devices I connected it to.

You need to push the on/off button to get the battery to start delivering power. This is mentioned in the instructions, but easy to forget when most other portable batteries work automatically. The light illuminates when the TravelCard is active.

The manufacturers suggest that you’ll get 32-38% extra charge into your phone from the TravelCard. I tested twice each with two different phones, and got quite different results from each one.

My first tests were with a Pixel 2 smartphone. It’s now 18 months old, and the 2700mAh battery capacity has dropped noticeably since it was new. My second tests used a OnePlus 6 that’s roughly nine months old. The 3300mAh battery in this phone is nearly 25% larger than the one in the Pixel 2, and in better condition.

The second run-through with each phone was almost identical to the first in both cases, so I’ve only included one set of results below.

Interestingly, the TravelCard turned itself off part-way through both tests with the OnePlus. This happened when the phone switched back out of power-saving mode at the 15% mark. Hitting the button on the TravelCard got things going again.

While those numbers for the OnePlus don’t get all that close to the manufacturer estimates, they’re not quite as bad as they appear. With that phone, even an extra 20% is enough for a few more hours of light use. You should still make it home just fine!

It’s not just about smartphones, of course. While there’s no point trying to charge high-draw devices like laptops or tablets from the TravelCard, smaller USB-C gadgets will also benefit from it.

I had no problem getting several more hours of charge into some noise-canceling headphones, for example, a lifesaver in the middle of a long-haul flight.

When it comes to charging the battery itself, TravelCard suggests it’ll take 1-1.5 hours to do so from empty. In my testing with a 12W wall charger it typically did a little better than that, taking around 55 minutes. The LED flashes blue while the battery is charging, and turns off when it’s full.

For its intended use, the TravelCard works well. It’s not the kind of portable battery that’ll charge your phone from flat several times, or keep the kids’ iPad running all day, but it’s not intended to be.

Instead, it’s a slim, lightweight battery that can (probably) live in your wallet all the time, ready to use when your phone dies. You likely won’t even need it all that often… but when you do? You’ll be very glad you have it.

In terms of value, you can easily get larger, more versatile portable batteries for similar money. If you’ve always got a bag with you, just drop one of those in there instead. It’ll be more useful, more often, and the extra size and weight are rarely a concern.

If you’re often out for hours with just a wallet and phone, however? The TravelCard could well make sense. 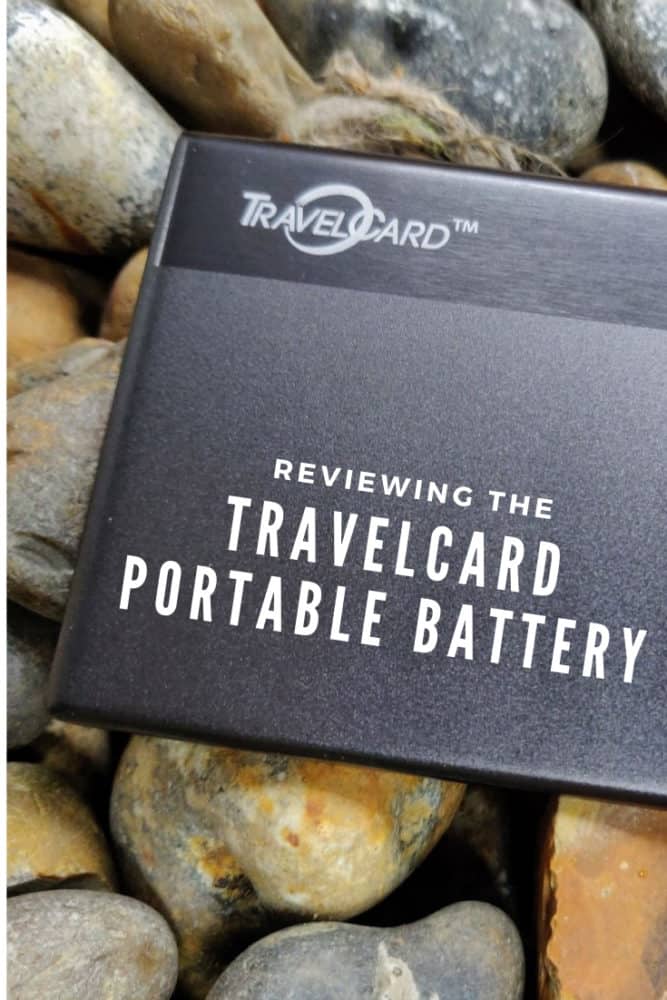