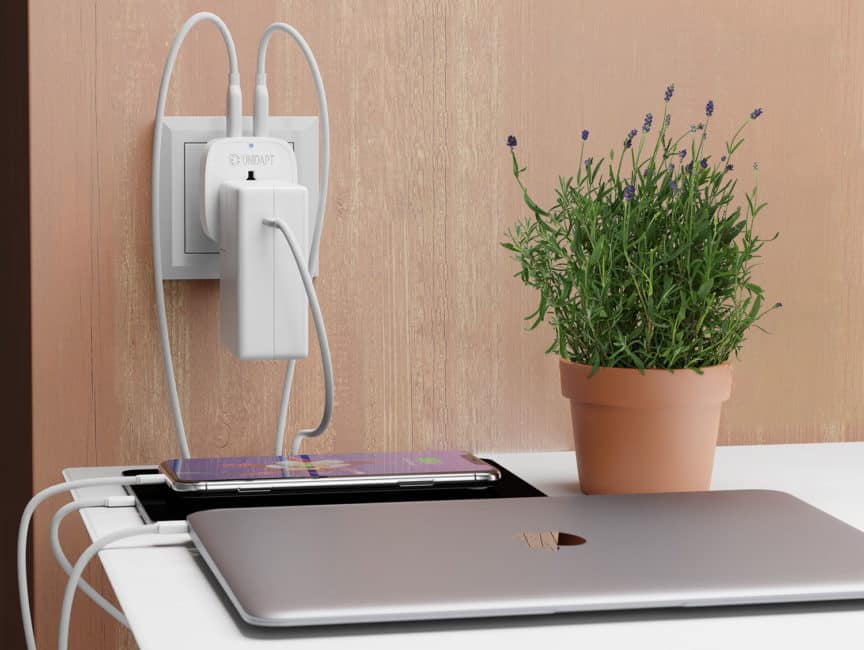 For such a simple gadget, it’s surprising how many companies get travel adapters wrong.

They’ll make them so big they block nearby sockets, or so heavy they fall straight out of the wall. The sockets are often too tight for your plugs to fit properly, or too loose for them to stay connected. The power light is frequently so bright that it’ll keep you awake at night. The list of screwups seems endless.

As a result, I don’t usually bother reviewing travel adapters on this site any longer, since they’re so regularly awful. Still, there’s the odd exception. I was so impressed by Unidapt’s all-in-one model last year that it’s now our top universal adapter pick, and I’ve just returned from a three-month trip where it performed flawlessly.

Even so, when the company offered to send out its latest range of region-specific adapters, I hesitated. When you can’t use the same adapter all over the world, it needs to be especially small and light, low-cost, and have extra features to make it worth buying. The company rep promised these adapters were all of those things… but would they really be?

Unidapt makes three variants of this travel adapter, aimed at travelers heading to North America, Europe, and the United Kingdom. More accurately, they’re for travel in countries using type A/B, C, and G power sockets respectively. Confused? Our article on the mess that is global power standards might help.

Fortunately, you don’t need to try to memorize where each adapter does and doesn’t work. The little instruction booklet helpfully lists out every country where you’ll find compatible sockets. It’s not necessarily the only socket used in that country, but it’s at least commonly available.

The main part of the adapter is identical between versions: a white cube measuring two inches across and 2.4″ high (51x60mm). The pins don’t retract or fold down, though, so the European model is noticeably deeper than the US or UK equivalents. Weights vary slightly, ranging from 2.7oz for the US and EU models to 3.2oz for the UK adapter.

The “universal” socket on the front is about as close to universal as you’ll find, advertised as accepting anything other than a type M (South African) plug.

The maximum output these adapters can handle is 2400W from a 240v power supply, or 1100W from a 110v supply. Like most travel adapters, though, they won’t convert between the two voltages. As always, make sure you check what voltage your appliances can handle before plugging them in overseas.

The top of each adapter contains a pair of USB-A sockets, with a maximum output of 10.5W (2.1amps at 5V.) You’ll get that output from either socket, but since it’s also the combined total, don’t expect to fast-charge two USB devices simultaneously.

The only other feature worth mentioning is the LEDs that let you know the adapter has power. There’s a small blue light on the front, and both of the USB sockets also glow when there’s power running to them.

The adapters arrived in three small, near-identical boxes, each with a diagram of what was inside and a list of basic specifications. Inside each one was the adapter itself, and the small instruction booklet mentioned earlier.

My first impression was that these adapters were indeed quite small and light, particularly the UK and North American ones. As mentioned earlier, because of the recessed design of European plugs, the prongs on that model extend about half an inch further than the other two.

It’s a bit of a shame that the prongs don’t retract or fold down on any of the models, especially the European one. If they did, these would easily be some of the smallest travel adapters with USB sockets you could find.

As it is, while they’re certainly significantly smaller than most universal adapters, they’re not as compact as they could be when you’re on the move.

Note that I did most of the testing below with the UK adapter, since that’s where I currently am. I did try out both of the others as well, though, and they performed exactly the same.

There’s not a great deal to test with travel adapters, but there are a few things. First up: the main plug and socket. The UK adapter fitted snugly into all of the wall sockets I tested, with no chance of falling out. The other two models had a good tight fit into the various other travel adapters I’ve got lying around, to the point where I could vigorously shake them around and they didn’t budge.

All of the devices I plugged into the adapter started charging or working immediately. That included gadgets with US, UK, and European plugs, all of which fitted well.

The USB sockets are designed to sit at the top of the adapter. Since power outlets often sit relatively low on the wall, this should mean less bending of the cables overall. It’s a small thing, but useful nonetheless.

When it came time to test the sockets, I connected a couple of USB-A to USB-C cables, hooked up my testing devices, and plugged in first one, then two, nearly-flat smartphones.

As expected given the specifications, I saw a drop in the amount of power being delivered to the first phone when I connected the second one. The total output never exceeded the stated 2.1amp maximum, whether it was through one or both sockets.

2.1amps isn’t much these days, especially if you’re hoping to charge a pair of recent phones or tablets. You’d be better off charging one of them from a separate wall charger plugged into the adapter, and the other from one of the USB sockets.

Charging two lower-power gadgets like headphones and Kindles, however, or a single phone or tablet, is fine. You may not get the maximum charging speed for the latest devices even then, but you’ll typically get pretty close.

Unidapt specifically mentions the brightness of the LED light in its marketing material, saying that it won’t keep you awake at night. Perhaps they’ve heard me complaining about it in the past. I couldn’t let a claim like that go untested, so waited until nightfall and plugged in the adapter in a dark bedroom.

While I’d still much prefer a dim red light over a blue or white one (or honestly, no light at all), the blue LED on this adapter was noticeably less annoying than most. I probably still wouldn’t want it right beside my head while I was trying to sleep, but it didn’t light up the entire room like so many other models I’ve used in the past.

Overall, I like these little Unidapt travel adapters. They’re small and lightweight, and the addition of a couple of USB sockets gives you more flexibility than most other adapters of a similar size.

They’re well-priced, too, and in my testing so far, very reliable. Given their simplicity and based on my experience with the company’s universal adapter, one would hope these models last equally well.

It’d be nice if the prongs retracted or folded down, which would make the adapters even more compact in your bag. I’d also like to see a bit of extra juice out of the USB ports, since it’s not quite enough as it stands to charge the latest phones or tablets at full speed, and charging two high-power devices at once will be noticeably slower.

Neither of those issues are dealbreakers, though, especially for the price. If I was going to need multiple types of adapter on a single trip, I’d stick with Unidapt’s universal model, since it has extras like USB C and higher power output that make up for the extra bulk. If I was only going to a single country or region, though, I’d be more than happy to travel with these little adapters for an extended period. 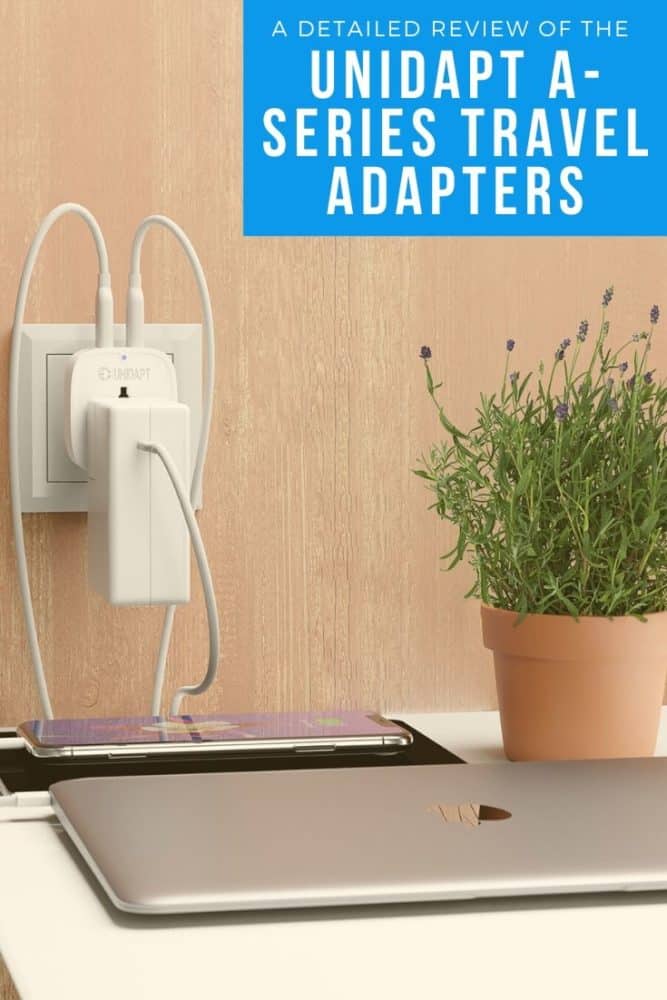