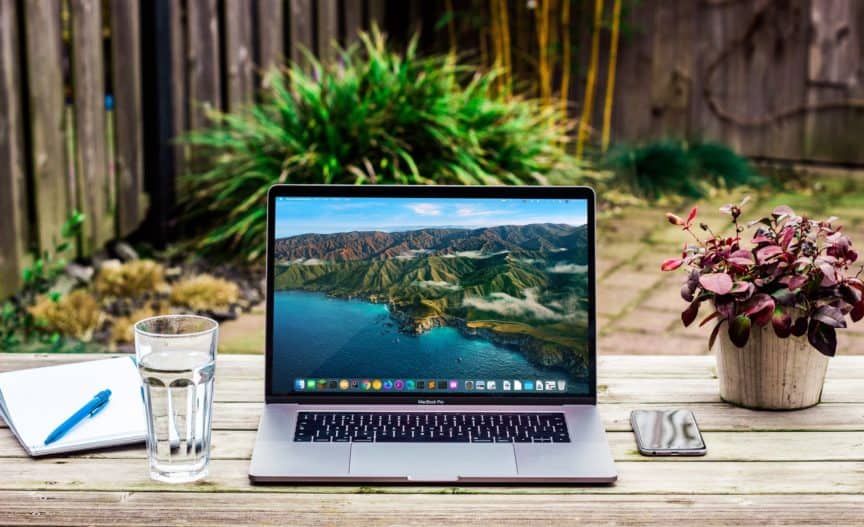 Laptop power banks are quite a specialized product. For a long time that was basically because they were all terrible, far too big and heavy for most people to ever justify using. They’ve become smaller and lighter over the years, but even so, they’re very much “day bag” rather than “back pocket” material.

The last couple of years have seen an uptick in their popularity, however. Even (or especially) during a pandemic, many remote workers wanted to work somewhere outside their own house, but sitting inside a cafe for several hours was no longer an option.

External batteries like these let you charge your laptop no matter where you happen to be. They provide much more flexibility about when and where you work, but finding the best one isn’t always easy.

Tracking down the right mix of price, size, weight, and compatibility is tricky, and knowing what’s worth buying and what’s junk isn’t easy either. We’ve used a lot of bad ones over the years.

To save you the hassle, we put together this guide to the best portable laptop chargers across a range of different sizes, capacities, and requirements. Whether you’re a budget, need huge capacity, want to charge over USB C, or would love a battery with a bunch of extra features, here’s what you need.

Quick note before we start: the terms portable laptop charger, laptop power bank, and external laptop battery are used interchangeably by manufacturers, and all refer to the same thing! 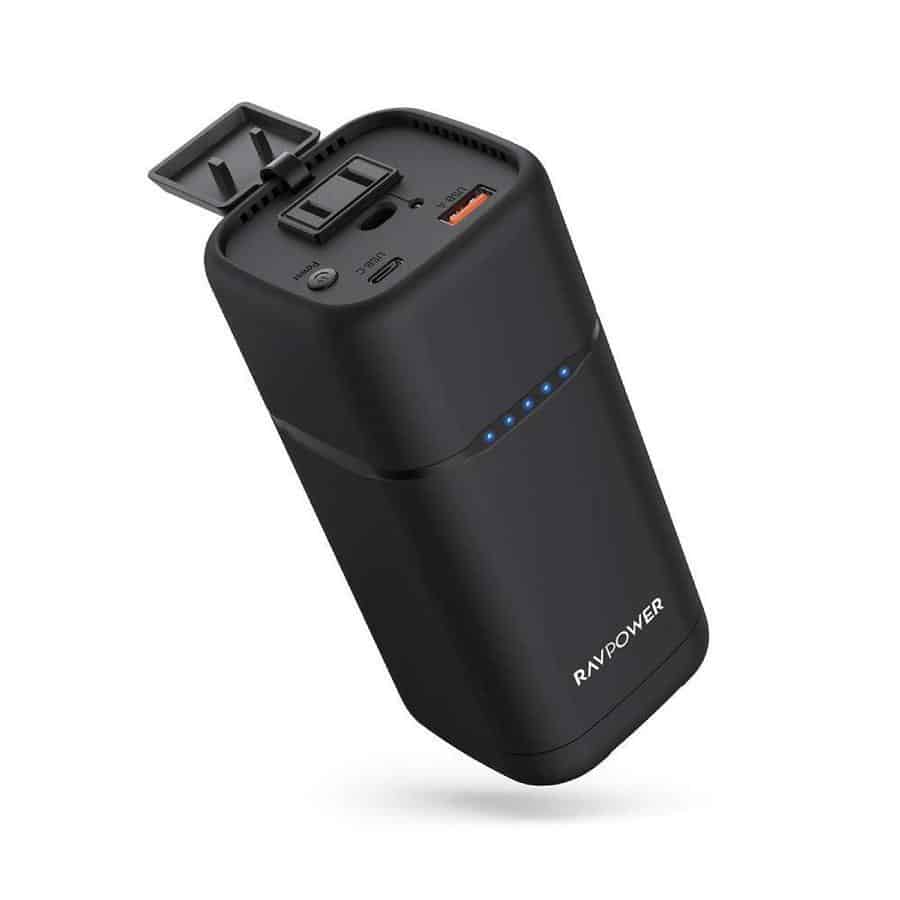 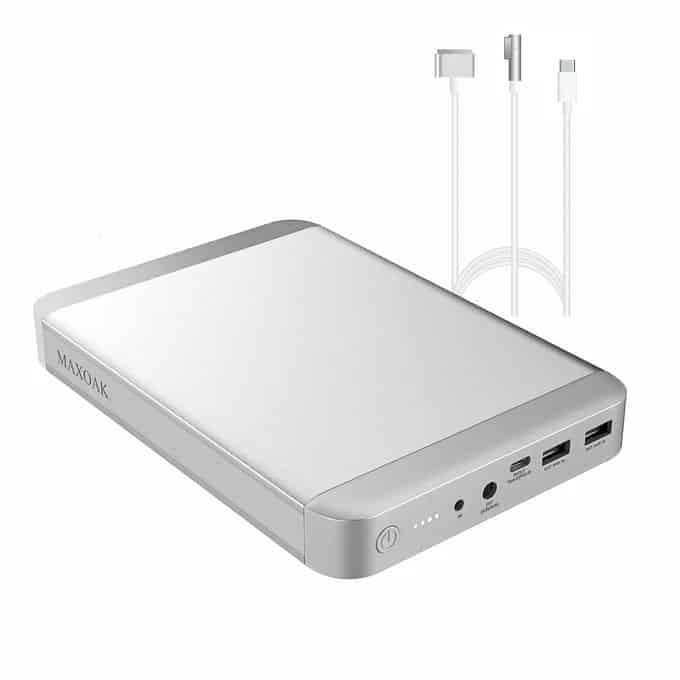 What to Look For

The most important thing to consider when choosing a portable laptop charger is whether it will actually work with your laptop! If your model charges over USB C, then you only need to check that the charger’s output (measured in watts) is high enough to power it.

If your laptop doesn’t charge via USB C, things get a little trickier. Some portable chargers come with a set of different tips that fit the sockets on many (but not all) laptop models, while others have an AC outlet that you just plug your normal charger into.

Laptop power requirements range from as little as 30W to 80W or more, with most sitting in the 45-65W range. There’s no harm in having a portable charger that can put out more power than your laptop needs, but if it puts out less, your laptop will charge more slowly or not at all.

Also consider the total capacity of the external battery. 20,000mAh is pretty much the minimum needed to get a single full charge into most laptops, but you’ll find some with double that amount or more.

Higher capacity in general means extra charge, but also extra size and weight. If you’re planning to it on a plane, note that you’ll also need permission from the airline to bring any battery with more than 100Wh capacity. Many of the larger models are over this limit, so be sure to check before purchase.

Usually with portable laptop chargers, you don’t expect much in the way of extra features. It’s essentially a big battery with a few different sockets, and that’s about it… unless you’re talking about the Omni 20+.

If your laptop doesn’t charge via USB C, either plug your existing factory charger into the AC outlet, or buy a selection of charging tips that work with many models of laptop via the DC socket.

The charging fun doesn’t stop there, however. There’s also a pair of 18W USB A ports that will fast-charge most phones and tablets, and even a 10W wireless charger on the flat top surface of the battery. At 1.4 pounds and 5 x 1.1 x 4.8 inches the Omni 20+ isn’t particularly small or light, but neither are any of the competing models either.

If you’re using a high-power wall charger, you can fully recharge the battery itself in under three hours from either the DC or USB C port. Pass-through charging is included, meaning you can continue to charge your devices from the battery while you’re charging it up. That’s particularly useful when wall outlets are in short supply.

The bundle includes a protective case and 45W fast charger, but if you’ve already got one or other of those, you can save a bit of money by picking up the Omni 20+ by itself. Either way it’s a more expensive option than the other models we list here, but for many buyers, the extra flexibility and features more than make up for it.

Finding good, well-priced portable laptop batteries isn’t easy, especially those with an AC outlet, but there are a few around. My favorite is the RAVPower PD Pioneer, a reliable and inexpensive portable battery that can put out a sustained 80W of power (100W max.)

That’s enough to charge pretty much any laptop you’re likely to be using outside the house, and in my testing, the 20,000mAh capacity was (just) enough for one full charge. You can read the full review here.

You can also charge from the USB C port, but the 30W maximum makes it better for Chromebooks and other low-power laptops than larger models. There’s also a single USB-A port, with enough juice to quickly charge most phones, tablets, cameras, and other USB devices.

The battery has its own fan to keep the insides cool when you’re using it, but other than a few small LEDs to let you know the remaining capacity, that’s about it for extra features. You also get a strong padded case for transporting the battery around in, along with a USB C cable.

There’s no wall charger, however. If you’ve already got a 30W+ USB C charger lying around (like the one that ships with most recent laptops), you’ll be able to use that to juice the battery back up in under three hours. If not, you’ll need to factor one like this in as well.

While it’d be nice if the charger was included, it’s clearly a deliberate choice to keep the price down. Regardless, if you’re just looking for a straightforward way of keeping your laptop charged when you’re out of the house without spending too much on it, the RAVPower PD Pioneer is hard to go past.

There’s nothing inherently special about a MacBook that means you need to buy a specific portable laptop battery for it: depending on the model you own, any of the devices on this list with an AC outlet and/or USB PD charging will do the job.

If you’d like a power bank that more closely matches the Apple aesthetic, however, or you’ve got an older Magsafe-based model and don’t want to carry the factory charger around with you, the MAXOAK K3 laptop power bank will be right up your alley.

At 36,000mAh (133Wh), it has plenty of capacity: enough, in fact, to charge most MacBook models at least once, and in some cases more than twice. The USB C PD port puts out up to 60W of power, while for older Apple laptops, the DC port outputs up to 87W via the bundled Magsafe connectors.

This does mean that newer models of the Macbook Pro 15 and 16″ aren’t supported, since the USB C port doesn’t put out enough power to charge them at full speed. Older machines and new MacBook Air and Pro models up to 13″, however, are good to go.

As well as the USB C and DC sockets, there’s a pair of USB-A ports that will charge most mobile devices at a reasonable speed.

Given the capacity, the size and weight are about what you’d expect: just under two pounds and 5.3 x 1 x 7.8 inches. The battery can be charged with the included wall charger in 5-8 hours, or your own USB C PD charger. The company supplies a USB C cable, as well as the two Magsafe cables mentioned above.

If you only need to charge a USB C-powered laptop, you can save weight and space in your bag by picking up a power bank devoted to the task. There are many models out there, but the Anker 747 PowerCore 26K is the pick of the bunch for a number of reasons.

To start with, you get a little extra capacity compared to many other models without an increase in weight. At 25,600mAh, it holds around 20% more power than most of the other batteries on this list.

Even more importantly, the 87W maximum output from either of the two USB C ports is unusually high for a portable laptop battery: most top out at around half that. Virtually all USB C-powered laptops, tablets, and smartphones can be charged at full speed, including recent MacBooks.

There are also a pair of USB-A sockets rated at 18W, which is powerful enough to fast-charge almost all mobile devices. That’s a shared capacity, though, so expect things to take a little longer when you’re using both ports at once.

The pricing is also very reasonable when you factor in the 65W wall charger included in the box. This lets you fully recharge the battery in a little over two hours, which makes the lack of pass-through charging less of a concern.

Throw in the travel pouch and USB C cable, and you’ve got a good value, powerful, and comparatively lightweight portable laptop battery that’ll handle just about any charging job you throw at it.

When you’re away from a wall outlet all day, sometimes even a 20,000mAh portable battery just doesn’t have enough juice to keep your laptop charged the whole time. That’s where solutions like the MAXOAK laptop power bank come in, a big battery with an even bigger capacity.

The 50,000mAh capacity is enough to charge many laptops at least twice from the DC socket, so even the most power-hungry models should still get many hours away from a wall outlet.

The power bank has a pair of DC sockets, one operating at 12v and the other at 20v, with output of up to 130W from the latter. Four USB-A sockets are also included, and while none provide true fast-charging, you’ll still be able to charge most phones and tablets reasonably quickly from either of the top two ports.

Due to its huge capacity, recharging the battery is best done overnight: it takes 6-8 hours with the included wall charger. Pass-through charging is included, at least, so you can power up both the battery and your devices from a single wall outlet.

As you’d expect this device isn’t small or light, at 8.1″ x 5.3″ x 1.3″ and 2.8lbs. The 174Wh capacity also exceeds the FAA limit for taking onto a plane without permission, so you’ll need authorization from your airline if you intend to take it onboard.

This particular power bank is best for older, non-Apple laptops, since the 14 different charging tips cover most types of socket, but not Magsafe or USB C. 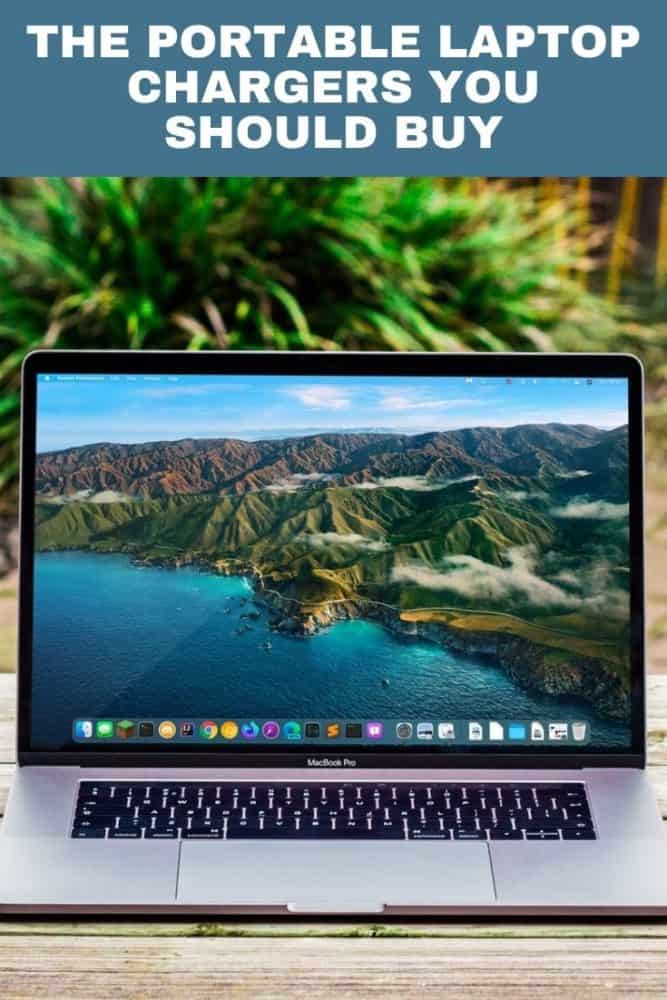