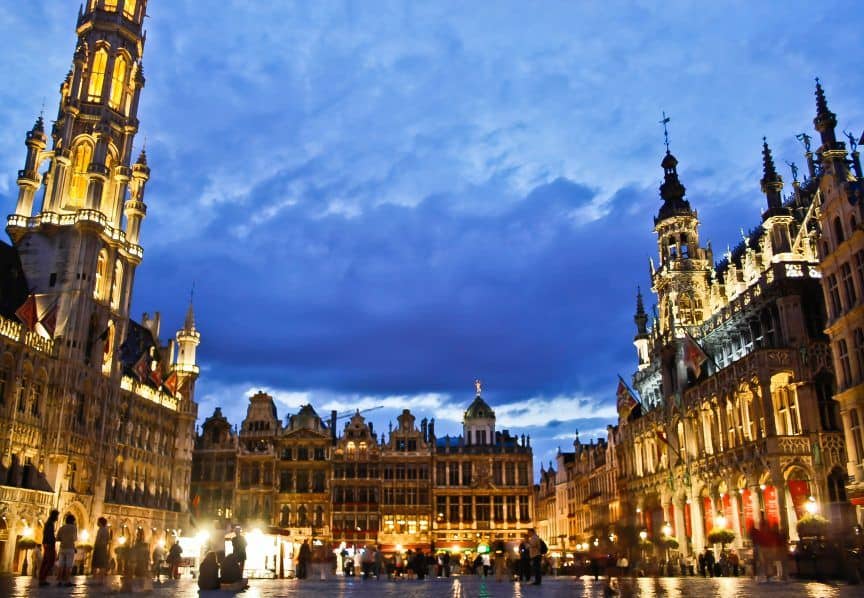 Belgium: country of beer, chocolate, the European Union, and one of the most original landmarks on the planet.

It is also one of the most (unfairly, in my opinion) underrated countries in Europe. Many travelers just pass through, reserving a mere half-day to visit Brussels, maybe check out Brugge, and move on.

Most people who do stay longer, though, end up pleasantly surprised. Belgium has a diverse population, a thriving arts scene, a phenomenal beer selection… and a very fast, reliable cellular network.

Got travel insurance for your Belgium trip yet? A good policy can cover you for all kinds of sticky situations, from medical emergencies to canceled flights, theft, lost luggage, and more. We've been using World Nomads for over a decade.

Belgium’s telecom landscape is dominated by three companies: Proximus, Base, and Orange. While you’ll get good service with all of them, Proximus and Orange have the highest levels of LTE coverage, blanketing the entire country.

I opted for Proximus, a decision made easier by the fact it has a store in Midi station, conveniently located just by the exit of the Eurostar terminal. If you mostly need data, though, I’d recommend you also take a look at Orange, which has lower data prices.

There are also a handful of resellers working in the country, running mostly on Base’s network and offering competitive voice and SMS packages. If you don’t need data, it may be worth checking them out.

Many can only be signed up for online, however, which as I later learned, make them a non-starter for foreigners.

How to Buy a Prepaid SIM Card in Belgium

Purchasing the SIM card was quick. I just popped into the Proximus store at the Midi train station, beside the Eurostar terminal exit, and asked one of the attendants for help.

They explained to me the couple of options I had for a prepaid card in flawless English, and set me up as soon as I made my choice.

They also registered me under their system, for which you need to show proof of ID. As an EU national, I showed my ID card. For anybody else, passports are a valid form of identification.

The ID-showing part is a new requirement. In the past, there was no need to show proof of ID to purchase a prepaid card. You could even do it online, with the SIM card arriving in the mail a few days later.

Things changed after the terrorist attacks of early 2016, however. Belgium changed the law, requiring all new SIM card buyers to register.

The documentation requirements to do this online are high, with new customers being asked to provide their e-identity number and Belgian bank account, among others.

Since only residents have these things, foreigners can no longer sign up for SIM cards online.

Prefer to spend your vacation sightseeing instead of buying SIM cards? Grab one in advance to stay connected in Belgium and across Europe.

Getting the SIM card set me back 10€, loaded with the same amount of credit. As well as the credit, the SIM had a bonus 10 min of calls and 100MB of data included. The data was gone after a day of wandering.

As the starter pack noted, it’s worth it to top up with a bit more credit, as you get more bang for your buck. Adding 15€ credit gives a bonus 20 minutes of calls and 250MB of data, while 25€ gives a 50 minute/500MB bonus. All SIMs include unlimited domestic SMS.

You can spend your credit on extra data (or calls) as needed. 500MB valid for a month costs 6€, for instance, while 3GB will set you back 12€.

Alternatively, Orange’s Tempo Giga plan gives 4GB of data, plus 50 minutes of calls and thousands of texts, for 10€. Keep in mind, though, that download speeds on Orange’s network are generally lower than with Proximus.

Topping up is fairly simple. You can do easily it online, either through Proximus’ website or free app.

Alternatively, you can purchase a credit voucher at any of the authorized spots, including supermarkets, convenience stores, and gas stations around the country.

Proximus talks a lot about its LTE network, but unfortunately my phone doesn’t support the right frequencies to get LTE service in Europe.

That disappointment faded fast, though, when I realised just how fast the HSPA+ network was. At almost 30Mbps, it’s one of the fastest speeds I’ve ever seen.

That speed was pretty consistent throughout the country. Great stuff!

Belgium is part of the European Union, so EU roaming regulations apply. These “roam like at home” rules ended roaming charges across much of Europe in 2017, letting you use a SIM card from any EU country across all the others at no extra charge. 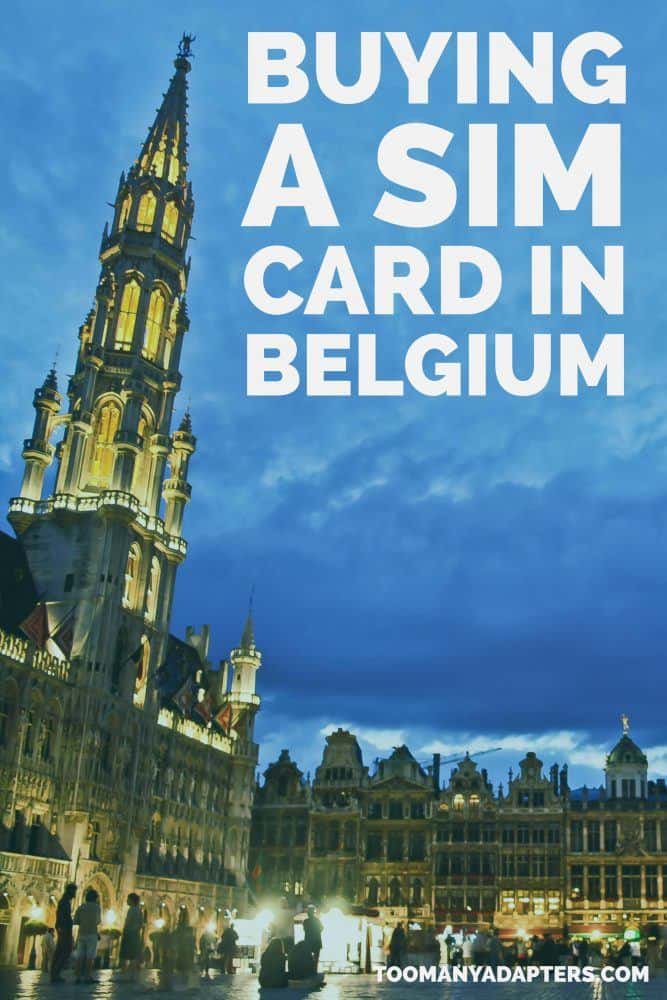