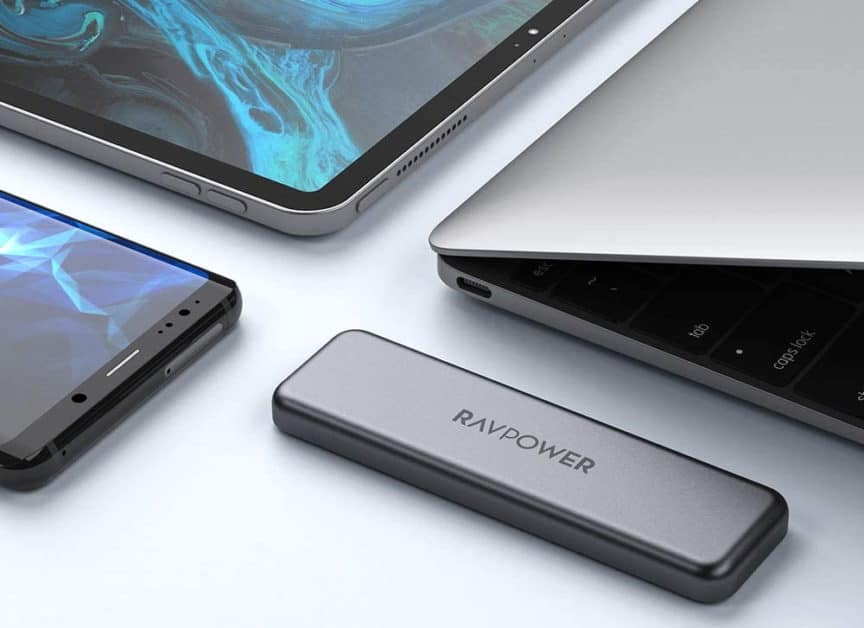 Of all the tech accessories I’ve traveled with over the years, portable storage is one of the things that’s changed the most.

A decade ago, slow, heavy, fragile hard drives were the only option for backing up large amounts of data on the road. I always had one in my carry-on, but guessing whether it’d still be working after a bumpy bus ride added a little mystery to every travel day.

Portable solid-state drives (SSDs) changed the game completely. Much faster, smaller, and lighter than a traditional hard drive, they’re also far more reliable due to a lack of moving parts. Prohibitively expensive when they first hit the market, like everything else in technology, the price has dropped dramatically over time.

That’s where the RAVPower Portable SSD comes in. This tiny, lightweight gadget has a recommended retail of under a hundred bucks for half a terabyte of speedy storage that fits in your pocket, takes bumps and drops in its stride, and works with desktop and (some) mobile devices alike.

How well does it work in practice, though? It was time to find out.

Showing up in a slimline black box, the drive came with a manual, soft pouch, and two short cables: USB-C to USB-C, and USB-A to USB-C. The pouch is big enough to store both drive and cables, with a divider to keep them separated.

Instructions are included for use with computers (Windows or Mac), iPad Pro, and Android devices. It’s unfortunately not supported on other iPad models and iPhones even if you use the right adapter, due to insufficient power being provided by the Lightning port.

Portable drives aren’t the most complex of accessories, and that’s the case here as well, with just a USB-C port on one end and a logo and sticker on the bottom.

You don’t need to install any drivers or apps to use the drive unless you want to encrypt the contents. RAVPower includes software for macOS and Windows that enables AES-256 encryption, requiring you to enter a password up to 12 characters long before you can access the data.

It’s not supported on mobile operating systems, though, so you’ll need to disable it or use alternative encryption software if you plan to connect the drive to your phone or tablet. The desktop software, along with a copy of the manual, can be found on the drive or downloaded from the website.

The lack of moving parts makes this SSD pretty durable by default, and it’s rated to handle drops of at least a metre (3.3 feet.) It’s not dust or water-resistant, however, so if you’re after a drive that can handle more extreme conditions, you’ll need to look elsewhere.

Let’s begin with the most obvious thing: the RAVPower Portable SSD is seriously small, especially for anyone used to carting a traditional portable hard drive around with them. It sat easily in the palm of my hand and was lightweight enough to balance on a single finger.

Even in its pouch alongside both cables, it was small enough to fit in my jeans pocket with plenty of room to spare. So far, so good.

RAVPower claims a maximum speed of 540MB/s, but the drive slightly exceeded that on some of the sequential read tests. Maximum read speeds during those tests were 15-20% faster using the Thunderbolt port, with less of a difference when writing files and no meaningful difference in random read/write tests.

To stress-test the drive, I then copied 110GB of photos from my laptop to the near-empty portable SSD via USB-C. It took 17 minutes 30 seconds, which is impressively fast compared to a normal spinning disk: sending the same files to my usual portable hard drive took well over half an hour.

The thing with solid-state drives, though (all of them, not just this one) is that write speeds get slower as the drives fill up. It’s a fundamental part of how this type of storage technology works, and the general rule is to stay under 75% capacity if you want to ensure good performance.

The RAVPower Portable SSD is no exception here. After filling the drive to about 70% capacity, I re-copied the same collection of photos to it. Everything else about the test stayed the same yet the job took twice as long to finish, finally crawling over the line just before the 35-minute mark.

Long story short? Expect that copying files to the drive will take noticeably longer when it gets beyond about 3/4 full. Read speeds, thankfully, aren’t affected.

Finally, I connected the drive to an Android phone via USB-C. It was detected immediately, and I could navigate it using a file manager app as if it was any other storage. Copying 17GB of photos from the phone to the drive took a little over 12 minutes. That’s much slower than copying files from the laptop, but it worked fine.

As mentioned above, you don’t need any special software to use the drive in the usual way. If you want to encrypt the contents, however, you’ll need to use the accompanying app (or an alternative encryption tool) on Windows or macOS.

Installation only took a few seconds on Windows. It’s a simple app, with a big button for enabling what the company calls “Safe Mode.” Enter a password twice, plus a hint if you forget it, and encryption is automatically enabled.

When in “Safe Mode,” you’re limited to a 40MB read-only partition called “RAVENCRYPT” that contains only the software installers and PDF manuals that come by default. Enter your password and the main partition becomes available again, with all of the usual files available.

I tested the encrypted drive on Android, and as expected, could only see the default files with no way of unlocking it to see the rest. You can turn “Safe Mode” off from the desktop app, but that’s not much help if you don’t have a laptop or other computer nearby at the time.

It’s a straightforward approach, as long as you’re not planning to regularly use the drive with mobile devices, and worth using if you store anything sensitive on the drive.

Given the size, features, and price, and backed by a two-year warranty from a well-known manufacturer, the RAVPower Portable SSD is an easy sell for anyone who needs extra portable storage. Unless money is very tight, your storage needs are particularly high, or you’re especially hard on your gear, it’s a simple and cost-effective answer to a longstanding problem.

Low weight, good durability, and easy encryption make this an obvious choice for travelers, but in reality it’s appropriate for anyone who has a need to access anything up a terabyte of data while outside the house. 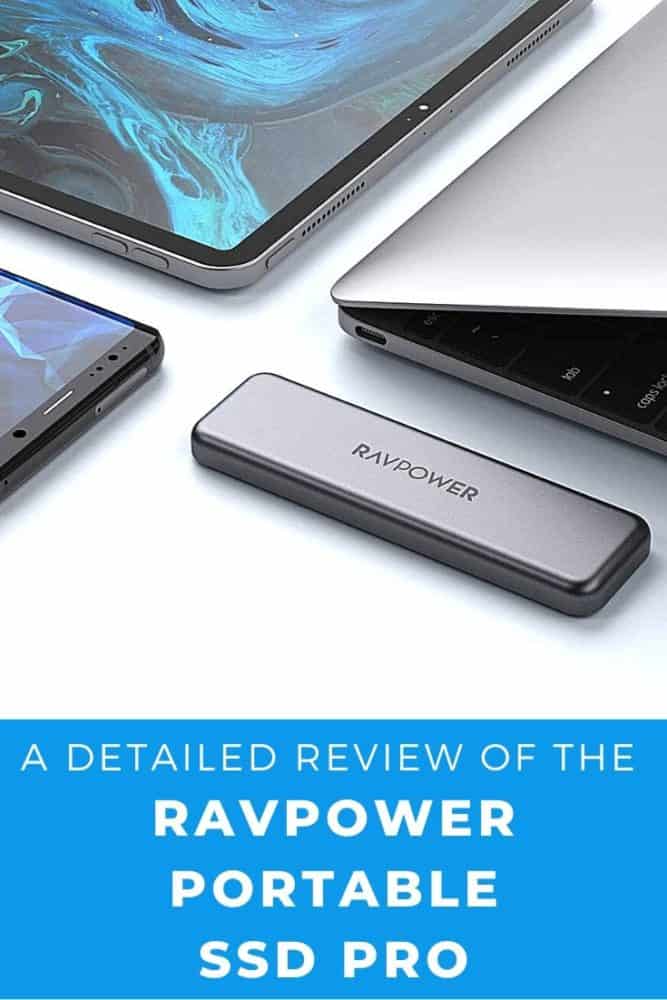