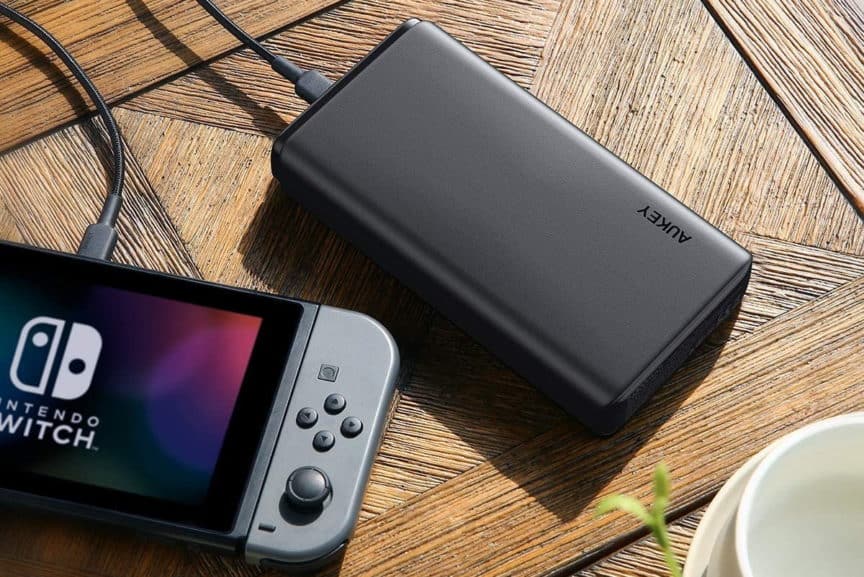 Update: this portable battery has been discontinued by the manufacturer, and is no longer available to purchase.

Ever been in a cafe, on a train, or enduring an endless layover, and had your laptop run out of battery? Yeah, me too. Many times. That’s fine if there’s a power socket nearby, but when there isn’t, your work is officially finished until whenever you can charge up again.

While portable batteries that could charge a laptop have been around for a while, they were traditionally… not good. Big, heavy, and expensive, an endless variety of laptop charging ports also made it hard to find one that worked reliably with whatever model you used. I tried many, and they were all awful.

That’s recently changed, however, and we’ve got Power Delivery (PD) to thank for it. Now everyone from Apple to Asus is using the same port (USB C) and the same power technology on their laptops, and often on their phones and tablets as well.

Combine that with improvements in battery technology, and all of a sudden, third-party companies are coming out with affordable high-capacity power banks that promise to quickly charge almost any recent mobile device.

The AUKEY PB-Y24 power bank is just such a battery, and the company recently sent one out for me to take a look at.

This power bank is a beast in every way. Its 26800mAh capacity is enough to charge most smartphones five or six times, and supporting 60W USB C Power Delivery (PD), it’ll also charge most recent laptops at close to full speed.

At 99.16Wh, it only just squeezes under the 100Wh limit for taking onto a plane without special permission. Thankfully AUKEY has subtly printed that capacity (along with all the other specs) on one end of the battery, so there shouldn’t be too much discussion about it at the airport.

Design-wide, it’s the kind of nondescript black slab that AUKEY excels at making. One end holds a pair of USB C ports, a single USB-A port, the power button, and charge level indicators. Other than a subtle logo on the top, there’s really nothing else to it. You’re paying for performance here, not beauty.

The two USB C ports look identical, but they aren’t. You’ll get up to 60W out of the one on the right labeled “In/Out,” but the left-hand port tops out at 18W. In other words, you can only charge your laptop from the former, and your phone or tablet from either.

Note that while you’ll get 60W out of the in/out port if you don’t have anything else plugged in at the same time, it drops back to 45W when you’re powering multiple devices. That’s still enough to charge most laptops, but it’ll be slower to do so.

The USB-A port also has an 18W maximum, and includes QC 3.0 support. If your phone also supports that standard, it’ll charge up to four times faster than if it doesn’t.

There’s also a low-current charging mode, for things like fitness trackers and earphones, that’s activated by holding the power button down for two seconds.

In terms of recharging the battery itself, the manual says that you need to use at least a 45W wall charger to do it, connected to the in/out port. There’s no charger in the box, however.

The battery also doesn’t support pass-through charging, so you can’t charge (eg) your phone from one port while the battery itself charges from the other. I confirmed this with AUKEY and tested it for myself, just in case. No dice.

The power bank came in a small cardboard box that also held the instruction manual, a short USB C to USB C cable, and a mesh pouch. The pouch had a main section for the battery, and an external pocket meant mostly for the cable. I could just squeeze my phone into that pocket, but it was tight.

I started with the basics, measuring the power output from each of the three ports individually. The USB C in/out port charged my laptop at up to 51W, only slightly less than what it gets from the factory charger.

The other USB C port topped out at 14W, while the USB-A port sat at around 7W with both of the phones I tried it with. Neither of them support QC 3.0, however: I’d expect that charging rate to go up if they did.

As anticipated, output to the laptop fell when I charged multiple devices at once, dropping to 35W as soon as I connected something else. The phones continued charging at the same rate, even when I had both of them plugged in alongside the laptop.

Long story short: as long as you don’t plug anything else in, expect to be able to charge most laptops at something approaching full speed. Charging several things at once works fine, but if one of them is a laptop, it’ll charge more slowly.

Starting with the battery fully charged and the laptop completely flat, it took two hours and ten minutes to get the laptop to 97%, when the battery ran out of juice. Oh so close! Regardless, it essentially doubled the length of time my laptop can spend away from a power socket.

I confirmed the above by charging both battery and laptop, connecting the two devices together, and running a continuous benchmarking tool. More intensive than a normal workload, it’s also a more consistent way to test.

Three hours and 40 minutes later, the power bank ran out of juice and the laptop switched to using its own battery. Starting from full, it took another 3:33 hours until the laptop itself shut down entirely. Again, the power bank basically doubled the length of time it took before needing to find a wall socket.

The length of time it takes to recharge a high-capacity battery can vary widely. That’s important, since the usefulness of a charger like this definitely drops if it takes the better part of a day to power it back up again after you’ve used it.

As mentioned earlier, AUKEY recommends using at least a 45W USB C wall charger to do this. Other than some laptop chargers, that’s not something most people are going to have lying around, so it’d be nice if the company included one in the box or at least offered a discounted bundle.

Since it doesn’t, I tested with both this 45W one and my 65W laptop charger. The battery charged at exactly the same rate either way. Starting from dead flat, it took just under three hours for the last of the flashing lights to change to solid. I ran the test twice, with the same result.

If you don’t have an appropriate 45W+ PD charger, lower-power versions like the ones that ship with phones and tablets will work but take a lot longer.

If you regularly find your laptop running out of juice while working in cafes or elsewhere outside the house, a portable charger like this makes all the difference. You’re now free to finish when you feel like you’re done for the day, not when your laptop makes the decision for you.

This AUKEY model ticks almost all of the right boxes. Being able to charge laptops (and other devices) at up to 60W lifts it above much of the competition, and the capacity is high enough that most people will essentially double their laptop’s battery life.

While it’s relatively big and heavy and certainly won’t fit in your pocket, carrying it around in a day bag with other tech gear is perfectly manageable. The extra USB C and USB-A ports are the icing on the cake, turning this from a laptop charger to an “everything” charger when needed.

So why did I say it almost ticks all the right boxes? The lack of pass-through charging feels like an oversight: it’d be useful to be able to charge both the battery and your phone from a single wall socket, but that’s not an option.

Not including a 45W charger in the box, or at least offering a discounted bundle, also seems an odd decision. While many customers will be able to use their laptop charger instead, others will have to buy a separate one or put up with slower recharging from their phone or tablet charger.

Still, neither of those things are enough to stop me recommending the AUKEY PB-Y24 portable charger. It works as advertised, is competitvely priced, and is a genuinely useful addition for people whose laptop battery doesn’t last long enough outside the house. At the end of the day, I can’t ask for much more than that. 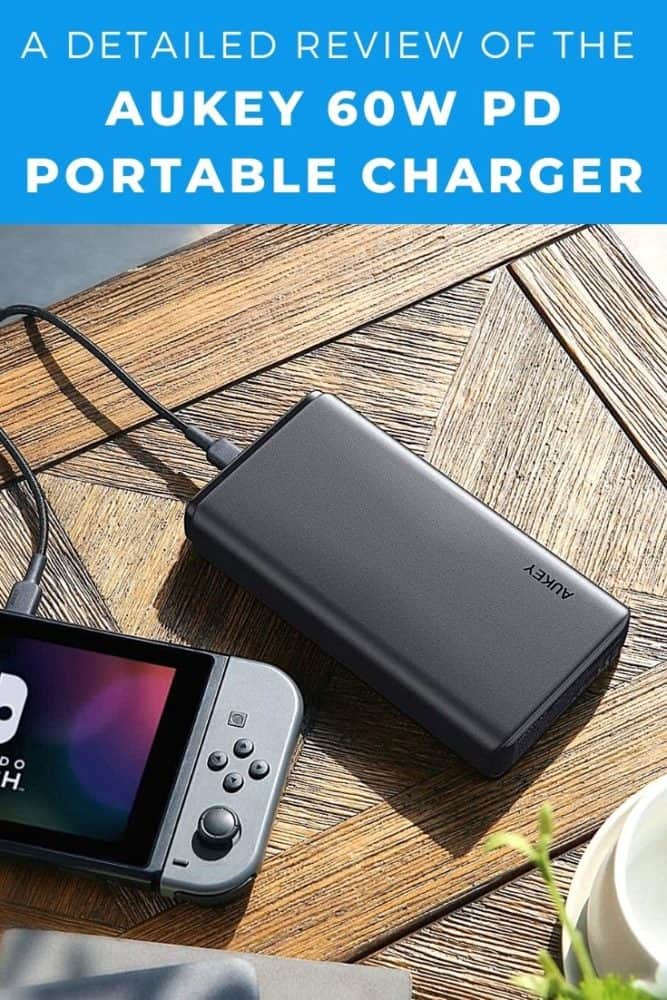