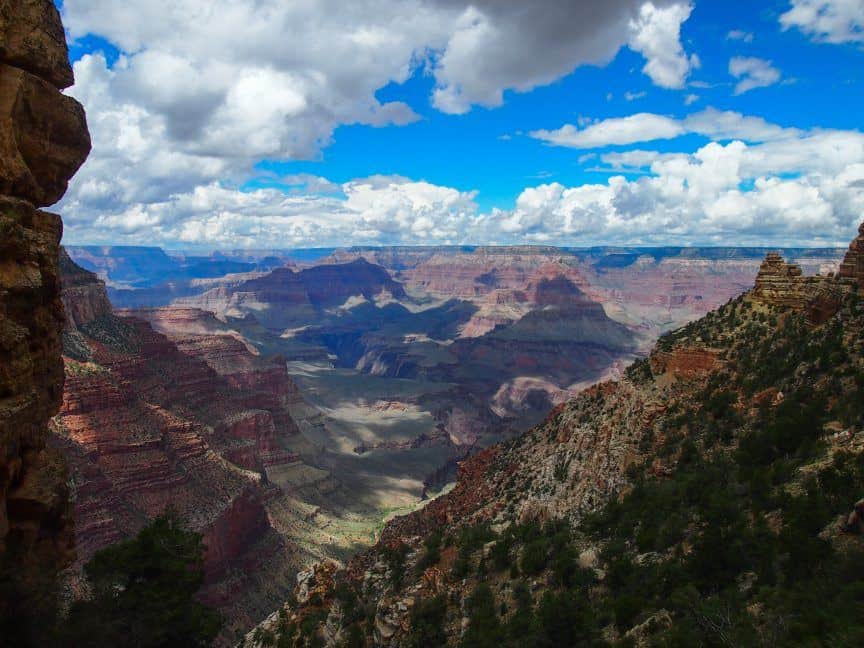 There’s nothing quite like traveling in the United States. It’s a massive, incredibly diverse country. The non-stop action of New York City. The wide-open plains of Montana. Bubbling springs at Yellowstone, muscle-bound beaches in Miami, and much, much more.

For a country that leads the world in technology, though, the prepaid SIM card market for international visitors has long been surprisingly confusing, limited, and expensive. With locked phones and post-paid plans the norm for locals, tourists have been poorly catered for.

Things have improved slightly in the last few years, but it’s still a far cry from regions like Southeast Asia or even Western Europe. All carriers have also started restricting which phones they’ll activate on their networks (more below), so the situation looks likely to get worse rather than better in the near term.

Given those challenges, if you’re traveling to the United States and only need data, we’d suggest also taking a look at prepaid international eSIMs if your phone supports them. iPhones released in the last few years do, along with some Android devices.

Using an international eSIM like this technically counts as roaming, so you don’t have the same issues with device activation as you would with a physical local SIM. You can pay a lot for this kind of thing, but companies like Airalo offer up to 10GB of data per month at competitive prices. See our full Airalo review for more detail on this service.

Got travel insurance for your United States trip yet? A good policy can cover you for all kinds of sticky situations, from medical emergencies to canceled flights, theft, lost luggage, and more. We've been using World Nomads for over a decade.

There are three main cell service providers in the United States: Verizon, AT&T, and T-Mobile. Note, however, that many older international phone models won’t get LTE service with any carrier, as the providers use different frequencies to most countries outside North America.

5G service with a non-US phone is even less likely. If you’re not sure whether your phone is physically capable of getting connected, this site may help.

Verizon (which has one of the largest networks) used to only use CDMA technology incompatible with almost any phone not sold by them, but rolled out GSM-based LTE and 5G service in recent years. This means some phones sold overseas, including recent iPhones, can now theoretically use its network.

I say theoretically, because like the other US carriers, Verizon operates a whitelist of approved devices that it will activate on its network. You can try to go through the process of checking your device here, although I’ve never had a lot of success with it.

Verizon prepaid service also costs more than the competition, so it’s hard to recommend it to international visitors even if you know your phone is compatible.

Of the other two companies, AT&T has the largest (and often, most congested) network, offering coverage throughout most of the continental United States (map). It’s a big country, though. If you’re planning on road-tripping through lightly-populated states like Idaho, Montana, and a few others, you’ll still hit some very large dead spots.

AT&T is in the process of shutting down its 3G network, leaving LTE and 5G as the only remaining options.

Coupled with this, the company has issued a short whitelist (pdf) of devices that are permitted to be activated on its network. Anything else isn’t allowed, even if you buy from an AT&T reseller like Cricket. iPhones are on the list, but if you’re an Android user, don’t expect your non-US phone model to be supported.

T-Mobile has less coverage in rural areas (map), with particularly large gaps in Idaho, Nevada, Oregon, Montana, Utah, and eastern California. On the upside, downloads will often be reasonably fast when you do have service, typically exceeding AT&T’s speeds in major networks.

Like AT&T, T-Mobile is also shutting down its older networks so it can reuse its radio spectrum for 5G. There’s no set deadline for this to be completed yet, but the end result will be the same: LTE and 5G will be the only options available.

That’s true whether you want voice, text, or data, and any phone that doesn’t support Voice-over-LTE (VoLTE) is prohibited from being activated on the T-Mobile network. That’s definitely not as restrictive as AT&T’s policy, but still causes problems for international visitors and locals who have older phones.

With most of my trips to the US largely confined to the cities, coverage areas haven’t been a major problem with either provider. Pricing and data allowances have typically been quite similar between AT&T and T-Mobile, and in my experience, the knowledge and service levels of the in-store staff have been much better with T-Mobile.

There are several resellers of service on both networks. Prices are typically only slightly less than buying directly from the provider, often with data speed limits, poor customer service, and in some cases, purchasing difficulties for overseas visitors without a local address or credit card.

That said, it can be worth calling into a Walmart and seeing what’s available, as you may find discounted deals on offer from the cheaper providers. You’ll need to activate the SIM card yourself, and don’t expect much in the way of customer support, but on the upside there’ll likely be fewer ID requirements to go with it.

Note that US providers seem to treat 4G and 5G as marketing terms, often unrelated to actual technical standards. Don’t necessarily believe what’s showing at the top of your phone screen!

How to Buy a SIM Card in the United States

Selling prepaid SIM cards at international airports hasn’t really caught on in the US: I’ve flown into several in the country, and don’t recall seeing official kiosks or signage at any of them.

We’ve had a recent report that prepaid Lycamobile SIMs (on the T-Mobile network) are now available at InMotion stores, however, which operate in all of the major international US airports. Plan choices are more limited and prices are higher than what you’d pay elsewhere, but the convenience may make it worthwhile for some.

If you’d prefer to wait until you’re outside the airport, T-Mobile stores are quite common in large cities, and even smaller places should have at least one. I’ve bought SIMs in stores in Santa Monica in Los Angeles, and Seattle’s Capitol Hill.

In both cases, I walked out with an activated SIM card in under ten minutes. It had cut-outs for both micro and nano sizes.The process was simple. Confirm you’ve got an unlocked phone, specify the plan you’d like, and hand over the money. You’ll get a receipt with your phone number printed on it.

It’s always worth putting the SIM in your phone and confirming it works straight away. I didn’t have any problems — mine took less than a minute to activate both times — but I’m always a little nervous when I don’t see the card working in my phone before leaving the store.

If you have a recent iPhone (XS or newer), however, and want to use T-Mobile, there’s an even easier option. The company offers a prepaid eSIM alternative to buying a physical SIM card, aimed at those traveling in the country or otherwise wanting a short-term option.

This page has all the details, but the basics are simple: download the app, provide basic contact and billing details, then activate the eSIM and a call, text, and data package on your phone.

With virtually every other cell provider in the world running scared of prepaid eSIM options, it’s a real breath of fresh air, at least if you’re using an iPhone. Even though several Android phones have eSIM support, T-Mobile doesn’t offer it for non-Apple devices.

Want to hit the ground running? Get an AT&T or T-Mobile SIM card sent out ahead of time, with unlimited calls and texts and up to 50GB of data. You’ll be connected before you’ve even stepped off the plane, and it works in Canada as well! Find out more here.

If your device supports it and you only need data, it’s also worth considering a US eSIM. Prices are inexpensive and you’re up and running straight away without having to find, buy, or swap out physical SIM cards.

While you shouldn’t expect any real bargains on prepaid cell service in the US, prices are getting better for light to moderate use.

Note: you can’t always get the same deals in-store that you can online with either company. Since most international visitors will be buying their SIM from a store, I’ve focused on those options — but if you’re using T-Mobile’s eSIM option or have a US shipping address you can use, it’s worth checking out the online-only plans as well.

At the AT&T and T-Mobile stores I’ve visited, the SIM card and activation have been free. This isn’t always the case, however, so definitely check before committing. You’ll also pay sales tax on top of the quoted price. This ranges from nothing to nearly 10%, depending on which state you’re in at the time.

You can top-up your T-Mobile account online, using just your phone number and a credit or debit card. Since international cards work with this method (or at least, mine did,) it’s probably the easiest way to do it.

Failing that, any T-Mobile store will be able to help you out, as well as authorized retailers. You can check locations here.

If you’re using the eSIM app, you can manage and pay for plans that way instead.

As mentioned above, T-Mobile coverage is good in most large towns and cities, but drops away in rural areas, with large dead zones in several states.

Compare the service map to your intended destinations, and if you’re going to be spending significant time driving or staying in places without signal, consider AT&T instead.

Data speeds in Los Angeles, Seattle, Portland, Austin, and elsewhere were all pretty good, with strong signal both inside and outdoors. Voice calls were clear, and SMS delivery was reliable. 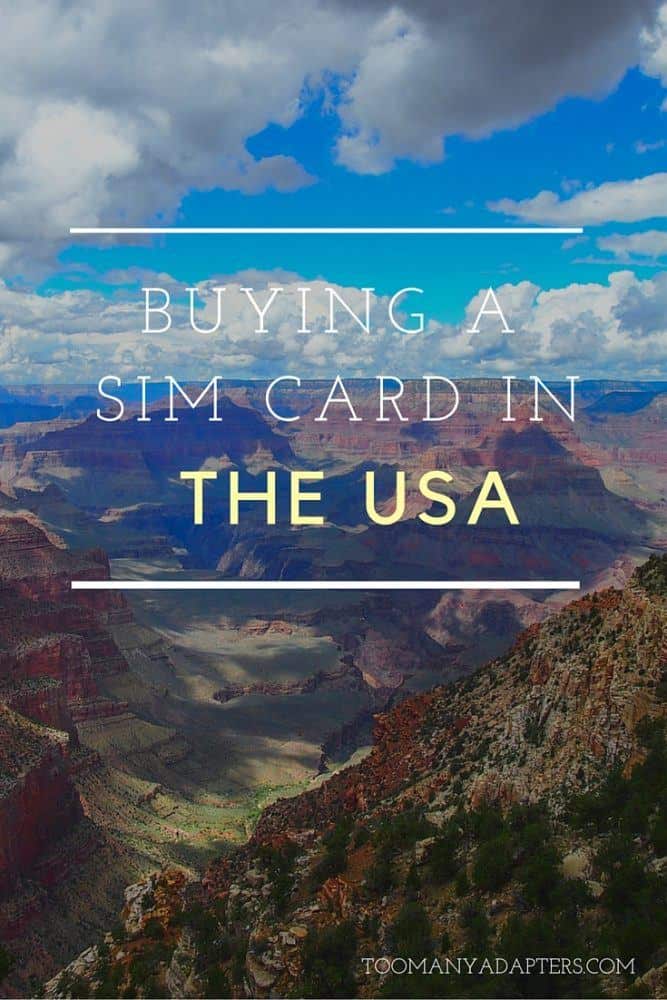