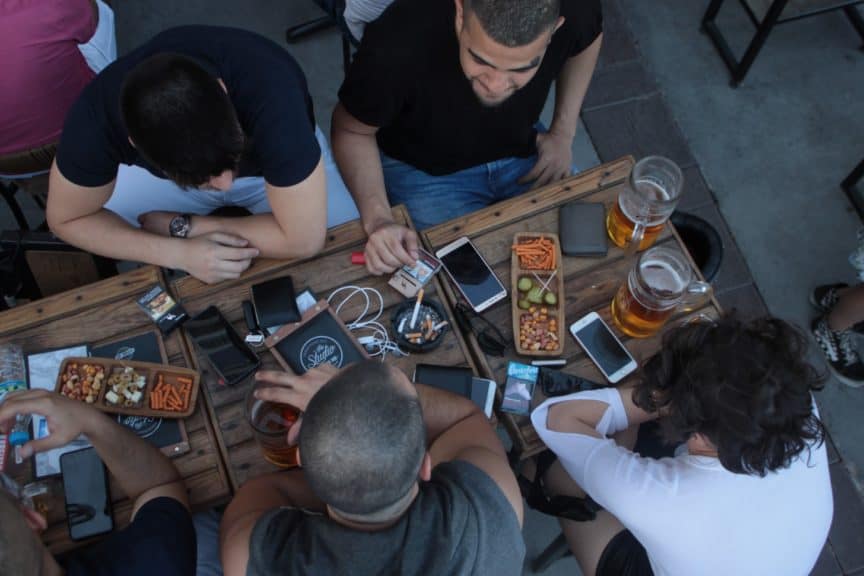 How do you stay connected when traveling overseas? Do you rely on the Wi-Fi in your hotel? Scour cafes for free internet? Roam with your cell provider from home, or buy local SIM cards for your devices?

If you’ve ever struggled with slow speeds and flakey connections in your accommodation, you’re not alone. It’s one of the most common complaints in hotel reviews, and the amount you’re paying often has little bearing on the quality of the connection.

Wrestling with low-quality Wi-Fi is frustrating, especially if you work while traveling and have deadlines to hit. Relying on public Wi-Fi networks is even worse: now you get to throw in potential data security risks on top of unreliable connections.

Away from Wi-Fi networks, data roaming charges can get seriously expensive, or speeds reduced to the point they’re barely usable. Local SIM cards can be difficult to buy in some parts of the world, and the time you’re least likely to have one–when you first arrive in a country–is the time you’re most likely to need to get online.

Fortunately, there is a way you can get connected safely, securely, and quickly anywhere you go. 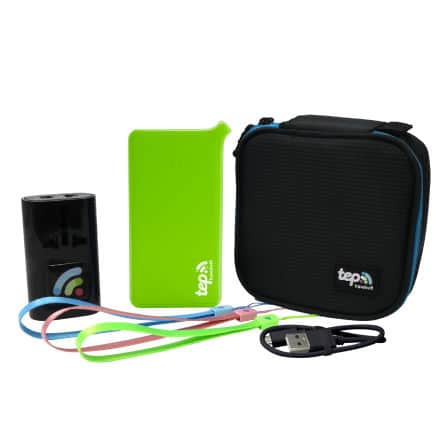 Invest in a Mobile Hotspot With a Prepaid Plan

A mobile hotspot, also known as a Mi-Fi or pocket Wi-Fi, is a small, lightweight gadget that shares a cellular data connection among several of your devices via a private wireless network.

There are a couple of ways you can utilize a mobile hotspot. One option is to go unlocked. These generally don’t come with data service — you buy the device, then pop in a local prepaid SIM card to take advantage of cheap data rates almost anywhere in the world.

The other option is to buy a Mi-Fi device with a prepaid plan. This method is particularly useful for travelers who need access to a reliable internet connection at all times, or who are traveling through several countries and don’t want to deal with the hassle of buying individual SIM cards.

Prepaid Mi-Fi plans typically give you a certain amount of data, a certain validity period, or both. This makes it easy to control your costs, as the plans typically stop working when you hit your limit rather than charge you extra.

It’s dead simple to use a Mi-Fi with a prepaid plan. Make sure the area you’re in is within your plan’s coverage zone, then just turn the device on and go.

Using a pocket Wi-Fi device (or other cellular data service) also brings security benefits, since it’s a private connection you’re not sharing with strangers. A Mi-Fi will ensure you and anyone you’re traveling with have a safe, stable network almost anywhere you can get cell service.

Below are the best mobile hotspots with a prepaid plan you can buy for international travel in 2022.

We recommend carefully checking the regions supported by any mobile hotspot you plan to purchase. Just like smartphones, not every hotspot supports all of the different cellular frequencies used in each region, resulting in slower speeds or no data at all. Also, be sure to read your plan details thoroughly, to ensure you’ll get service in the countries you’re visiting.

Coming in an eye-catching orange case, the Skyroam Solis Lite will be hard to lose or leave behind in a cafe. That’s a win right out of the gate, but thankfully there’s a lot more to like about this pocket Wi-Fi than just its color.

Supporting up to 10 connected devices at once, the Solis Lite has a 4700mAh battery that will last for up to 16 hours between charges, and can be used as a power bank to charge up your other devices if they’re running low.

That long battery life and multi-device support makes this a particularly appealing option for group travel, and it’s one of the cheapest and easiest ways for a family to stay connected overseas.

My sister, her partner, and teenage kids used the Solis X as their only means of staying connected outside the house while on a recent international trip, and were very impressed by it. The battery lasted an entire day even with multiple devices connected, and speeds were easily high enough to make video calls.

Skyroam provides LTE connectivity in over 130 countries on six continents, most heavily concentrated in the Americas and Europe.

The Solis Lite doesn’t come with any data out of the box, so you’ll need to purchase some before you start. Skyroam has a pay-as-you-go system, with no contracts required. Plans start at $6/GB for the Americas and Europe ($9/GB everywhere else). You can top up any time.

There are also Unlimited global plans for daily and monthly use, at $9/day or $99/month ($199 for three months, $299 for six months.) This isn’t without a caveat, however: Skyroam will throttle data on its Unlimited plans after you use 20GB, and encourages users to disable background apps and automatic backups to avoid reduced speeds.

Traveling in the US? Unlimited plans are cheaper there, at $49/month. Again, though, there’s a 20GB/month limit before the speed gets reduced.

The GlocalMe G4 Pro is a versatile hotspot that can be used either via its two unlocked nano SIM card slots, or by purchasing one of the company’s prepaid data plans. It can connect up to five devices at a time.

The touchscreen interface makes it easy to track your data usage, and to top up should you need more. The 3900mAh battery keeps the G4 running for up to 12 hours, which is more than enough for a full day’s work. The G4 also doubles as a USB C battery pack, so you can use any leftover capacity to charge your phone as well.

At just under seven ounces and roughly five inches, the sleek and slim GlocalMe G4 Pro is one of our favorite portable hotspots for international travelers.

The GlocalMe G4 Pro ships with 1GB of global data, plus 8GB for use in North America (USA/Canada/Mexico). GlocalMe’s coverage area spans more than 140 countries, although some of the company’s more substantial plans are geographically limited.

The company offers a vast array of plans that start at $1.50/day for 500MB and vary by region. Rates tend to be lowest in Asian countries such as Japan, Thailand, and mainland China. (GlocalMe is based in Hong Kong.)

Unlimited monthly plans are also available in certain countries, although you’ll have your speeds restricted if you hit certain predefined data thresholds.

The Keepgo Travel Hotspot is an ultra-portable device. It weighs just under three ounces and measures a mere 3.4 by 2.3 inches, so you’ll have no problem slipping it in a back pocket.

As tiny as the Keepgo is, however, it can support an impressive 15 devices at a time. This makes it a great choice for families or groups traveling with loads of tech.

Unfortunately, its small size means the battery life for the Keepgo isn’t as impressive as others on our list. You’ll get a max of seven hours of runtime on a full charge.

Keepgo’s Mi-Fi device is interesting in its own right, but it’s the service that especially piques our interest.

Keepgo has a couple of different packages to choose from: the Lifetime option, and a Europe/US-focused GoFi plan.

On the Lifetime plan, you’ll get LTE internet in the 100+ countries Keepgo has high-speed service. Note that in China, the max speed is a barely-usable 2G.

With this plan, the data you buy is yours “forever.” Every byte of data you purchase from Keepgo on this plan doesn’t expire, as long as you refill at least once a year. You’ll get 3GB of data to start with, with costs ranging from $3/100MB up to 25GB for $250 after that.

If you’re heading to Europe or the US, the GoFi plan may make more sense. It comes with 20GB of data included, although there’s a fairly large asterisk with that: while you’ve got a year to activate that data bundle, you’ve then only got 10 days to use it before it expires. That’s good for a one-off vacation, not so much for anything beyond that.

After that, you’ll pay $8/GB for data, which expires after a month. Once you hit 8GB, you won’t pay any more for the rest of that month. This effectively makes it an unlimited plan for $64/month, although note you’ll start having your speeds throttled if you use more than 30GB in a month.

You can either pay-as-you-go, or set up an automatic refill so you never have to worry about running out of data.

TravelWifi has two options when it comes to devices: the older, cheaper Sapphire 2, and the newer and more expensive Sapphire T2.

Dressed in a brightly-colored rubber case, the 4.5-ounce Sapphire 2 has quite a bit to offer aside from its aesthetics. It can connect up to five devices at a time, with at least six hours of usage when a single device is connected.

It also comes with a travel case and a selection of universal adaptors to help you charge it up anywhere.

If you’d prefer a touchscreen device and are happy to pay a little more for it, consider the Sapphire T2 instead. You’ll get 2GB of included data along with the easier configuration thanks to that screen, but there are few other differences between the two hotspots.

Like the Keepgo before it, the real appeal of TravelWifi is in its data plan structure.

To start, TravelWifi includes 1 or 2GB of global LTE data, depending on the device. After that, you’ll need to choose one of the “over 400+” data plans. You can do this via the companion app, or from the website.

If you choose to use it, the Sapphire app is easy to navigate and useful beyond just buying extra data. You can use the app to view your purchase history and data usage from as far back as six months ago.

Plans vary greatly by region and country. A few examples include:

Given you could be paying as much as $112 for 4GB of monthly data in more remote areas (such as certain regions in Africa), a global data plan can sometimes be the way to go even if you’re not traveling all over the planet.

Speeds will drop to 128kbps once you reach your data cap. You can recover LTE speeds after 24 hours of your next billing cycle.

Picking the Best Mi-Fi Device and Plan for Your Travels

Before purchasing a Mi-Fi device and plan, take a moment to assess your needs. When browsing on the move, what’s most important to you? 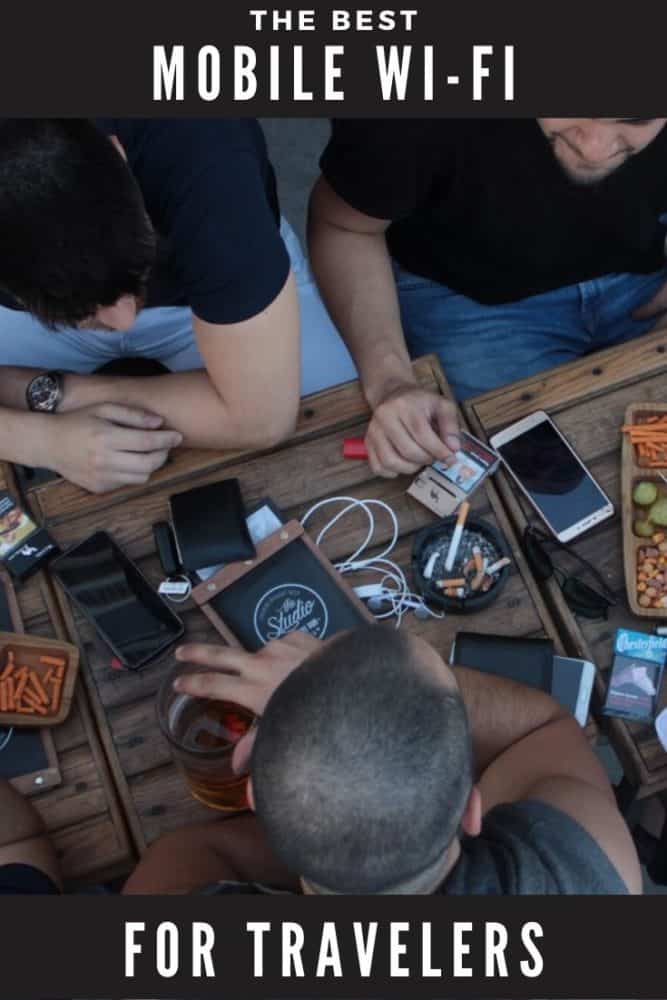